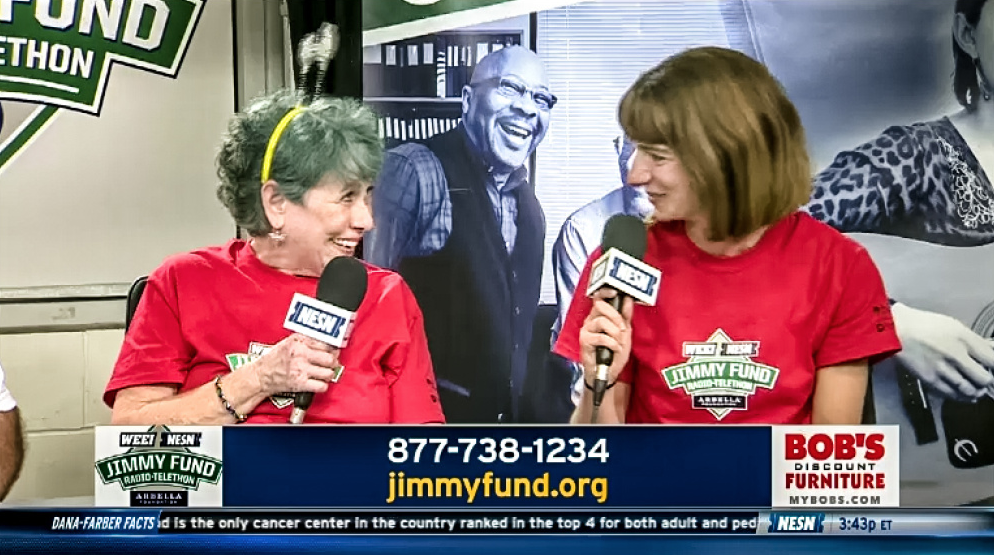 Judy Wilkins tried four different chemotherapy regimens to eradicate her cancer. After bleak results, Wilkins faced the reality that she might only have a few short months left to live. Then, her care team at Dana-Farber/Brigham and Women’s Cancer Center introduced her to a new form of cancer treatment known as CAR T-cell therapy. Thanks to this innovative immunotherapy treatment, Wilkins is cancer-free.

Dana-Farber is the only cancer center in New England to offer the national clinical trial of CAR T-cell therapy. CAR (Chimeric Antigen Receptor) T-cell therapy is a form of cellular therapy that uses a patient’s own immune system cells to rally an attack on cancer. T cells, white blood cells that are programmed to kill cancer cells, are removed from the patient’s blood and engineered to sprout special structures called chimeric antigen receptors (CARs) on their surface. When re-infused into the patient, these CAR T-cells can be particularly adept at identifying and killing cancer cells.

In the past five years, CAR T-cell therapy has emerged as a potentially effective treatment for some patients with blood cancers including lymphoma, leukemia, and multiple myeloma, according to results from clinical trials. The Food and Drug Administration (FDA) recently gave its first-ever approval of a CAR T-cell therapy drug to young adult patients with B-cell acute lymphoblastic leukemia (ALL) that has relapsed or hasn’t responded to previous treatments. And less than 2 months later the FDA approved CAR T-cell therapy for adults with non-Hodgkin lymphoma on the strength of clinical trials at Dana-Farber and elsewhere. Nearly 70 percent of the patients on the current CAR T-cell trial for diffuse large B-cell lymphoma have achieved a positive response. Fifty percent – like Wilkins – have seen a complete remission. FDA approval of CAR T-cell therapy for diffuse large B-cell lymphoma is expected this year.

“These are phenomenal numbers, and are consistent with similar trials for this and other lymphoma types going on around the country,” says Caron Jacobson, MD, Wilkins’ oncologist and principal investigator for the Dana-Farber trial. “Standard chemotherapy will be effective for many patients, but not all of them. If we can identify those patients who do not respond well, and may be strong candidates for CAR T-cell therapy, we might spare them months of ineffective chemotherapy.”

It could also prevent some patients from undergoing a donor-based stem cell transplant, an intensive procedure that Jacobson originally envisioned for Wilkins if her lymphoma responded to treatment. A transplant requires a long hospital stay, many months in isolation at home, and approximately a year away from work. Wilkins, who has owned her own beauty salon for 30 years, was in the hospital less than 10 days after her CAR T-cell therapy, and back to her salon in six weeks.

“Every three months I go back for PET scans and bloodwork, but I feel terrific,” says Wilkins, the mother of two grown children. “I really lucked out that I was under the care of Dr. Jacobson, who had done the work needed to start this trial and had a spot for me right when I needed it.”

It’s too early to know if this approach will be a cure for patients like Wilkins, says Jacobson. There are also post-infusion side effects, including cytokine release syndrome, which can cause high fevers, low blood pressure, and respiratory and other organ problems – but these usually go away after a few days.

Still, the promise of CAR T-cell therapy remains very encouraging. In addition to the lymphoma trials, there is a clinical study underway at Dana-Farber in sarcomas. Other solid-tumor cancers including ovarian cancer, brain tumors, prostate cancer, and melanoma are also being researched elsewhere.

“This is revolutionary,” says Jacobson. “We’re doing things for people who really had no other options a year and a half ago.”

Judy Wilkins knows she is one of them. And with her own hair now grown back, she’s back to cutting it off others with a smile and hope for her future. 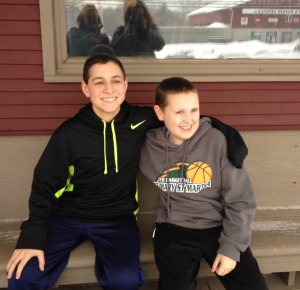