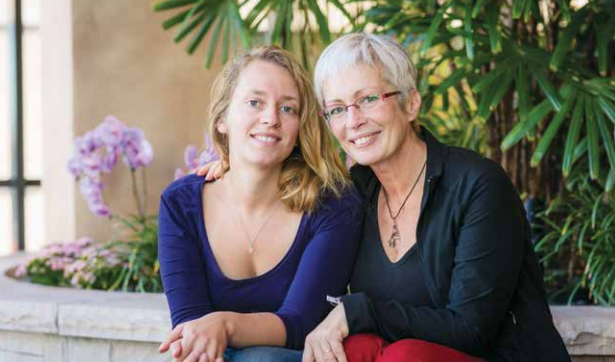 When Ivana Hollan, MD, came to Harvard Medical School and Brigham and Women’s Hospital in October 2015 as a visiting scientist, it was more than just a tremendous professional opportunity. For the rheumatologist, who is living with myeloma, traveling 3,500 miles from her Norway home to the Longwood Medical Area also put her next door to Dana-Farber – and close to cancer care that the Norwegian government has refused to pursue or insure due to its high cost.

For this and other reasons, Hollan extended her academic appointments and began ongoing treatment at Dana-Farber’s Jerome Lipper Multiple Myeloma Center.

Despite the obvious benefits, including being cared for by hematologist/oncologist Paul Richardson, MD, who is making remarkable inroads against the disease, it was not an easy decision. Hollan’s husband, son, and daughter live in Norway, but she knows that returning home could compromise her health.

“Everybody talks about how wonderful Norway’s health care is, and that was my experience until I needed medical treatment for my cancer,” says Hollan, 52. “I never imagined that the government would not be willing to support new oncology drugs and treatments. It’s sad to be away from my family, but here I am cared for by an incredible team that treats me like family – in a beautiful healing environment that doesn’t look or feel like a hospital. It has helped me put aside my sadness and look to the future.”

Hollan was not eligible for treatment in Norway because the government run health care providers there felt the state-of-the-art drugs needed for her care were too expensive. At Dana-Farber, after her disease progressed following initial systemic therapy and maintenance, Richardson offered her an immunotherapy-based clinical trial in August 2016 that has stabilized her disease for the past year, and which she has tolerated moderately well.

Hollan’s story has made headlines back home, where she and others are pressuring the Norwegian government to reconsider its stance on costly experimental treatments like immunotherapy. The combination of drugs she is on at Dana-Farber are approved for use by the Federal Drug Administration in the United States and by the European Medicines Agency for public hospitals in several European countries – but are near-impossible to get in Norway.

“Novel therapies have made substantial improvements in patient outcomes in myeloma globally during the last decade-plus, and the greatest clinical benefit has been seen in the United States – where access to new treatments has been the best,” says Richardson. “Nationally, the prognosis for overall patient survival has gone from 3-5 years to 7-10, and in our practice we are seeing some patients survive 20 years or more from diagnosis with active disease. This constitutes remarkable progress and hope, and it is truly our privilege to offer this kind of therapeutic opportunity to Ivana.”

Hollan splits her weeks between work and treatment, with high praise for the total patient care she receives at Dana-Farber. She loves being greeted at the Yawkey Center by the sounds of a volunteer pianist or harpist and receiving acupuncture in the Leonard P. Zakim Center for Integrative Therapies and Healthy Living.

One important advocate is tracking much of her journey: Her daughter, Barbora, a student at the Norwegian Film Institute, is training to be a documentarian and has made Ivana’s cancer experience a college project. For six weeks this summer and fall, she stayed with Ivana in Boston and recorded her mother’s day-to-day experiences.

“The driving motive behind the movie, and what pushes it forward, is the political fight, but it’s also about how much fun you can still have while living with cancer,” says Barbora Hollan. “I was worried it would be emotionally hard on me, but it’s been great to see the whole picture of my mother’s life. I’ve found it difficult keeping up with her.” This optimism is why Ivana has a response for Richardson’s initial prognosis. “He expects me to live to 80,” she says. “Why not 85?” 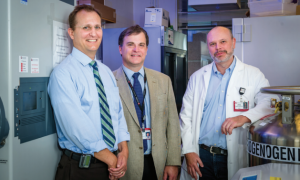