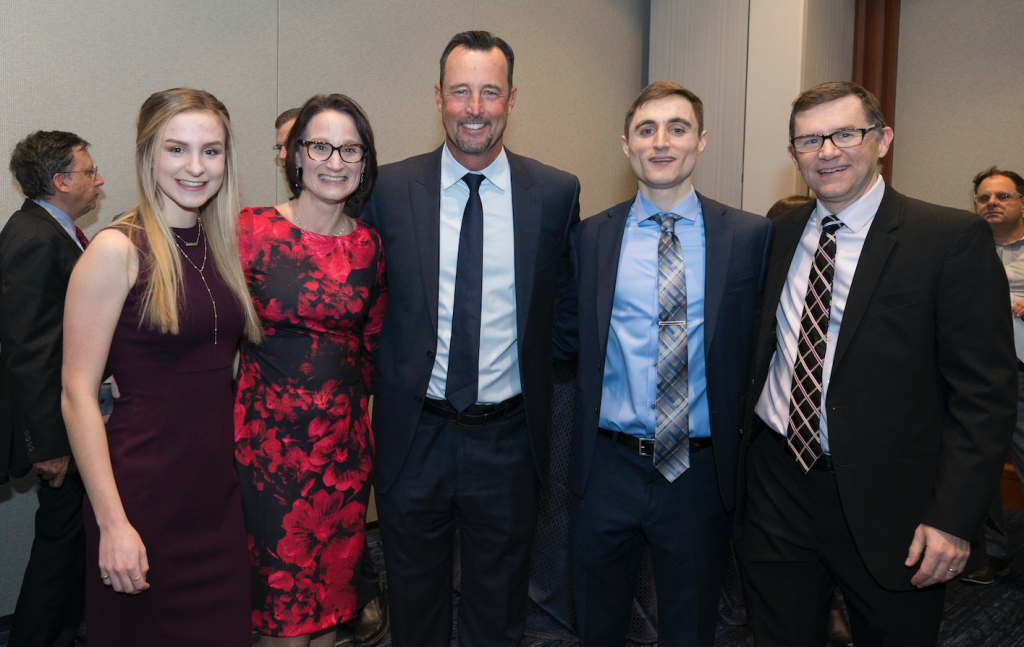 Lisa Scherber is known as “The Play Lady” around the Jimmy Fund Clinic, but she could just as appropriately have been called “The Play Ball Lady” for the superstar attention she received alongside some of the biggest names in Boston sports recently.

Scherber was honored at the 79th annual Boston Baseball Writer’s Dinner on Jan. 18 with The Sports Museum Lifetime Achievement Award – given each year to a civic or business leader connected to baseball who positively impacts the Boston community. As Dana-Farber’s director of Patient and Family Programs, Scherber has spent 25 years bringing together young cancer patients and their families with Boston Red Sox players, furthering the seven-decade bond between the two organizations and building lifetime memories as strong as any medicine.

The award, which previously has been bestowed upon the likes of late Boston Mayor Thomas M. Menino and “Ice Bucket Challenge” founder Pete Frates, was presented to Scherber on Jan. 18 at the Boston Copley Marriott event by Red Sox President Sam Kennedy. When Kennedy called Scherber’s name, it drew the largest, longest ovation of the night.

“Every single person in this room, I guarantee you, has been touched by this dreaded disease,” Kennedy told the crowd. “We all could live to be 100 years old, and we would never, ever come close to giving back as much as Lisa Scherber has given to those patients at the Jimmy Fund Clinic.”

The Sports Museum, which has more than a half-mile of exhibits on Levels 5 and 6 of the TD Garden, is a nonprofit educational institution devoted to harnessing the power of sports to help kids. Its outreach efforts include an anti-bullying initiative and a semester-long immersive program for underserved middle schoolers built around hallmarks of good character like teamwork and responsibility. Curator Richard Johnson says Scherber earned the museum’s highest honor because she excels at doing the same thing – using fun and games to support children facing tremendous challenges.

“Her legacy of softening the unimaginable blows suffered by patients, their parents, siblings and loved ones is conveyed by the smiles and laughter she helps deliver on a daily basis,” says Johnson.

Each winter, Scherber takes the Jimmy Fund Clinic on the road – leading dozens of teenage patients and a full medical crew to Florida for Red Sox spring training. Meeting up with Sox stars like Dustin Pedroia makes for an unforgettable weekend, but so does the freedom away from the hospital and home.

The trips came about because of Scherber’s ability to respond to patient needs. High school senior Todd Schwartz, a clinic patient and huge Red Sox fan, had first suggested the teens make such a journey, and the first trip took place in his memory in 2004.

“It was evident, in about two seconds after meeting her, that Lisa was so much more than someone who dreamed up distractions for patients,” says Janet Schwartz, Todd’s mother. “She was the heart and soul of the clinic. She made you her family with her warm greetings, joyful laugh, and quiet concern.”

Baseball-related programs are just a small part of Scherber’s duties. In addition to overseeing day-to-day activities in the Jimmy Fund Clinic, she organizes and directs annual summer and winter festivals for thousands of pediatric patients and families, runs specially-themed weeks and holidays in the clinic throughout the year, and treats kids to memorable experiences including a teen Girls Weekend. During the scariest of times for families, she makes the clinic a safe haven.

In accepting the award, Scherber shared memories of when she first visited the clinic in 1991.

“I really was just coming to volunteer a couple days a week and do something nice,” said Scherber. “I walked in that front door, and it felt like home.”

Two years later, she explained, she joined the Dana-Farber staff full-time. Then, looking over to where her family was seated in the crowd, she shared a final thought.

“The one thing I tell my kids is find something that gives you passion… that touches your heart and makes you smile,” Scherber said. “And I know this, because for 27 years my heart has not stopped smiling. I love what I do.” 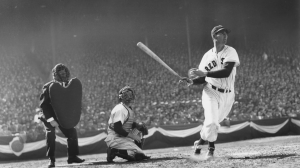