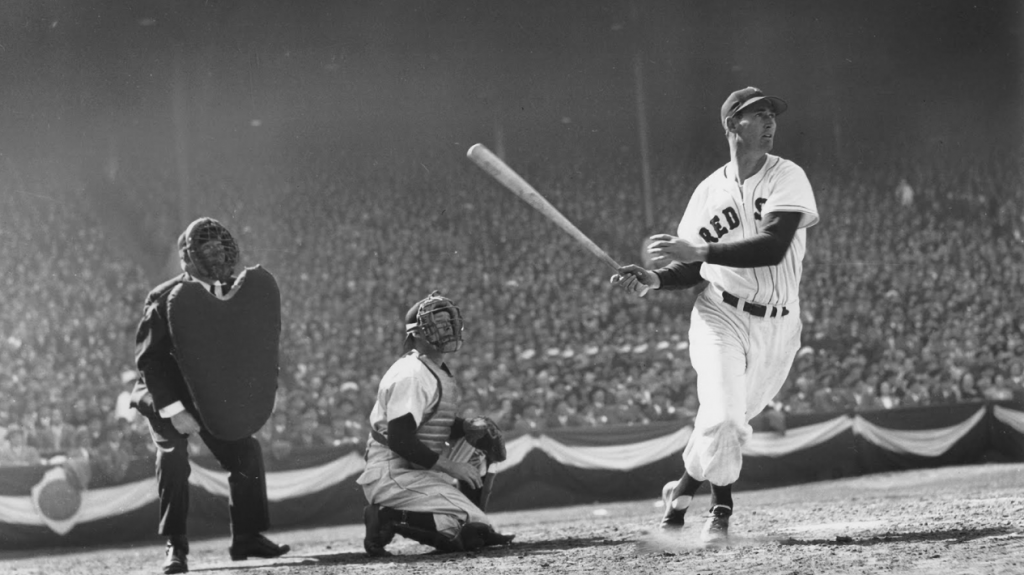 Ted Williams’ baseball achievements are well-known, but another side of the legendary Boston Red Sox slugger and war hero is also explored in the new documentary of Williams premiering tonight on PBS: his steadfast support for Dana-Farber and the Jimmy Fund.

During and after his long playing career, Williams routinely met one-on-one with young cancer patients being treated at Dana-Farber’s Jimmy Fund Clinic and its pediatric care partner, Boston Children’s Hospital – both a short walk from the Red Sox’ Fenway Park home. His only caveat about such visits was that they be done with no media fanfare; if cameras or reporters showed up, he said, the visits would stop.

They never did, and neither did he. One night, the documentary recounts, a young patient fell asleep holding his finger – and Williams stayed up all night making sure not to let go. And after famously ending his Red Sox career with a home run in his last at-bat at Fenway, he marked the occasion not with a party but with a trip to see a Dana-Farber patient.

In addition to personal relationships formed with these pediatric patients and their families, Williams was a tireless fundraiser for the Jimmy Fund, which solely supports adult and pediatric cancer research and care at Dana-Farber. Ted went everywhere to help the cause: American Legion banquets, temples and churches, Little League games, drive-in theaters, department stores for autograph sessions. As a kid, Williams said, he dreamed of being “the greatest hitter who ever lived.” Once he achieved fame on the baseball diamond, he dreamed of beating cancer.

Williams’ efforts over the years contributed to remarkable progress in the treatment of childhood cancers. When he started working with Dana-Farber and the Jimmy Fund in the late 1940s, almost every child with cancer died. Today, three out of four children with cancer survive.

After a half-century of unheralded appearances at Dana-Farber, an aging, ailing Williams allowed his last one to be made public. In July 1999, while in Boston for the MLB All-Star Game at Fenway Park, he also visited with young children at the Jimmy Fund Clinic. It was on this trip that Williams finally met the pediatric cancer survivor-turned-grandfather who, like him, had inspired tremendous giving through the decades: Einar Gustafson, the original “Jimmy” for whom the Jimmy Fund was named.

“Ted signed on for life to the Jimmy Fund, helping make it the best-loved charity in New England,” says Mike Andrews, former Boston Red Sox second baseman and former Chairman of the Jimmy Fund. “Ted’s name is synonymous with our battle against cancer.” 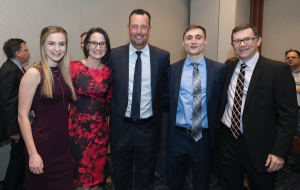 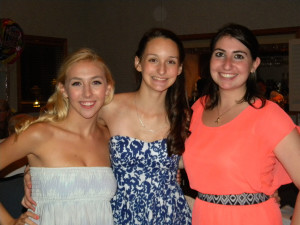 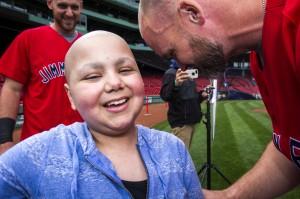