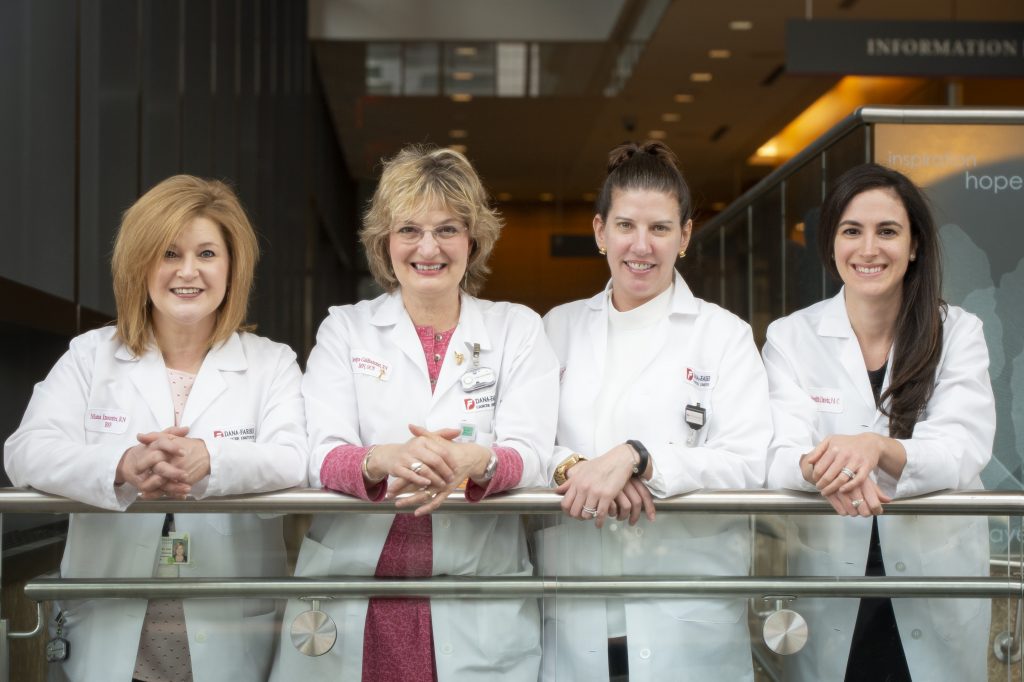 It was seven years ago this past August when I landed in Dr. Steven Hodi’s office with the dire prognosis of stage IV melanoma. Steve was no stranger to me, as he had treated my sister Sharry several years before for the same ailment. Sharry had succumbed to melanoma after a courageous two-year battle. By the time Sharry found Steve’s door, the cancer had already reached her brain and had wreaked irrevocable havoc. Nevertheless, Sharry and Steve had made their indelible mark on the fight against cancer. In a “one of one” clinical trial, they proved that an immunotherapy drug, known as ipilimumab, was capable of crossing the blood brain barrier, something that investigators didn’t believe possible before. This discovery is now applied across the board for many cancers, not just melanoma. Steven and Sharry together made medical history. No small feat. So, I suppose I owe my life to Steve.

My husband Matt and I spent the last seven years traveling to Boston from our home in Chicago every 20 days for my immunotherapy infusions. Over that time, even combatting Boston’s ferocious snow storms, I missed only one session and that was due to a cancer-caused intestinal blockage.

This past summer Steve gave me the green light. I am cancer free. This news overwhelmed me and still does to this day. Strangely, I felt this weird sense of loss. I would not be coming to Boston every three weeks. Dana-Farber would no longer be a major part of my life.

In addition to Steve, I made many emotional lifeline connections at Dana-Farber, but four women stand out: All patients start their day with a blood draw on the second floor, and that is where Mona Inocentes greeted me every 20 days. To me, she is the face of DFCI. Like a well-versed palm reader, Mona read and plotted my veins. I next traveled to the melanoma floor, where I met the dynamic duo of Meredith Davis and Amanda Livengood, members of Steve’s team. I met these women when they were mere girls, before they had three babies between them. Having four daughters of my own, I was immediately smitten by their vitality, humanity, and knowledge. They made me laugh when I felt like crying. What pros they are!!

The last stop was Carolyn Goldhammer on Six, the infusion floor. I met Carolyn when she was dating Rich, her husband. It is quite a delightful distraction to be discussing wedding details while being hooked up to an IV pole. Carolyn was so protective of me. She’d come flying out, almost on wings, to the waiting room, and we’d discuss the activities of the previous 20 days. Knowing I had a plane to catch, she’d harass the pharmacy until they released my drug. She was obsessed with getting me home to Chicago, safe and sound. Such an interesting woman, we discussed travel, gardens, books, relationships, recipes…. Carolyn, too, is a real pro.

These four women are my Dana-Farber lifeline, and I am forever grateful to them along with so many unnamed others who crossed my path and affected my journey. Because of Dr. Steven Hodi and his gang, over the past seven years I’ve been fortunate to welcome eleven grandkids into the world. Words don’t suffice.