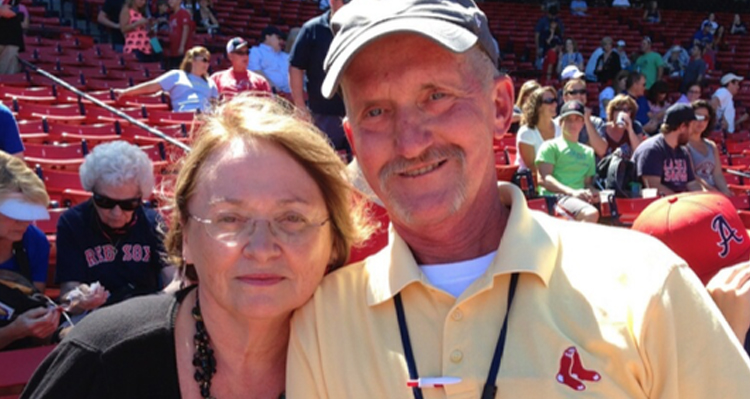 Rosemary felt suddenly adrift when her husband, Jim, died from stage IV pancreatic cancer. The couple were together since high school, and Rosemary found herself alone for the first time in her life. “After he died, I was truly in a fog,” Rosemary said.

In the immediate wake of his passing, she leaned on family for support. “When I had a real hard time dealing with my husband’s death, I tended to call my daughter,” Rosemary said. “But after about the third time of doing that, I figured that was not right for her either, as she was also grieving the loss of her father.”

That is when she met with Sue Morris, PsyD, for bereavement support and guidance. Through her conversations with Dr. Morris, Rosemary began to employ different coping strategies. She also joined the Dana-Farber Bereavement Support Group for people who had lost a spouse to cancer. “It was wonderful to be with people who understood my loss,” said Rosemary. “The group felt comfortable and supportive from the very first meeting, and I stay in touch with many of the other members.”

“Although it was hard at first to come back to Dana-Farber, this place was such a big part of our lives for 15 months,” continued Rosemary. “My husband was so well-treated and so well-cared for here that, after he died, I thought I would be, too. And I was.”