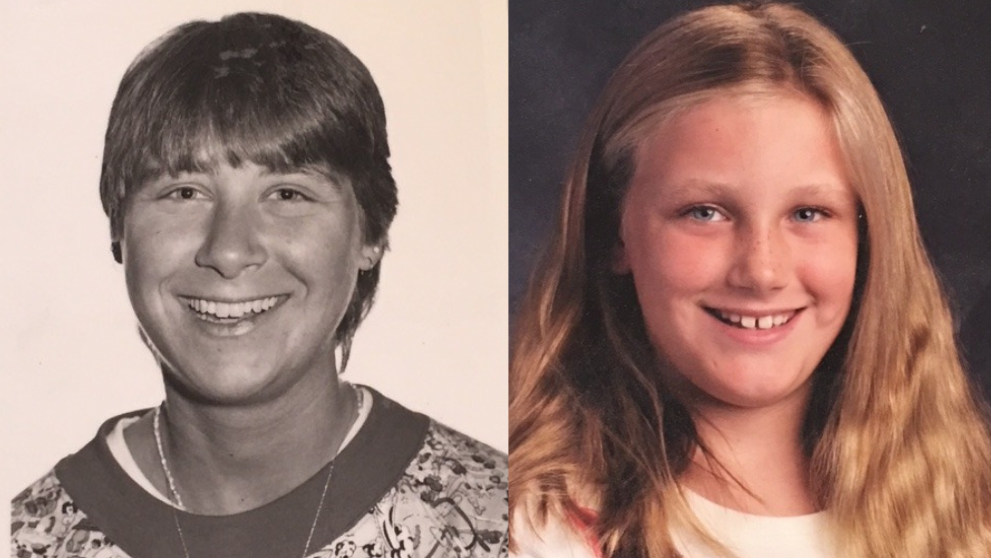 Not knowing someone who has made such an impact on the world around you is hard, but the fact that she was my aunt makes it even harder. Mary Ellen Welch (left) was just a normal girl, who played softball with her sister and friends, and splashed in her grandpa’s pool in the summer, until one moment changed her life forever.

My aunt, Mary Ellen Welch, was diagnosed with osteogenic sarcoma at the age of only 16. She faced so many challenges that I could never imagine myself facing, but somehow she did. She is someone that I am proud to say never gave up and is the person that I try to be like every day.

My mom and grandmother always tell me how much I resemble her because she was such a “busy body,” loved to talk, and was so stubborn. So much so, that even having an amputated leg didn’t stop her from skiing with her friends and even pitching in softball games. That may be called stubbornness to some, but to me that is called never giving up.

When I was little, I knew I had an aunt, but I had no idea who she really was. Until one night my mom got an envelope in the mail. It was an article about my aunt written by her former softball coach. It talked about her life, how good of a person she was, and all of the challenges she faced. That night I realized who my aunt really was.

Even though my biggest goal is so simple, almost no one ever achieves it. Never giving up may be a cliché, but I hope to do it every single day. I know achieving this goal will be hard, but the reason I will keep going is because of my aunt, someone who did achieve that goal. Never giving up can come with so many challenges. But the hardest one to overcome, to me, is that I must never give in and keep going even when something becomes hard. This is because I know if my aunt was ever faced with this challenge she would know to never stop fighting.

Many people who were friends of my aunt or even are a part of the family will tell me that Mary Ellen would have been such a great aunt. But to anyone who says that I say that she is a great aunt, because without her I would never have the courage to keep fighting even when the going gets tough. One day I hope to see her, wherever it may be, and tell her how much of an impact she has made on my life.