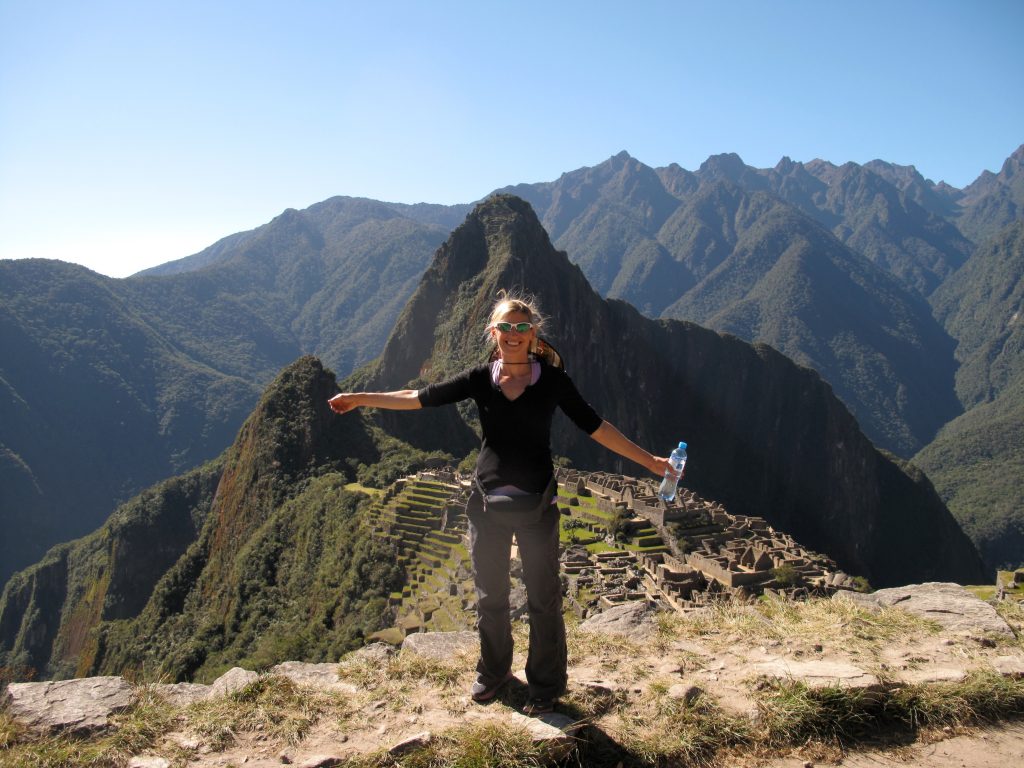 “Her name was Marla Rene Schreiber Mehlman—but her middle name should have been ‘Hope’ or ‘Determined’,” said Jon Mehlman, Marla’s husband, as he addressed loved ones gathered to celebrate Marla’s life and memory.

Marla initially sought treatment in her home state of New York, undergoing a double mastectomy and removal of her ovaries, followed by chemotherapy every Thursday for 16 weeks.

Treatment, however rigorous, never slowed Marla down. An avid runner, Marla would clock three to five miles the day after chemo and run an increased distance each day, resting only the day before her next treatment. She also met with her personal trainer three times each week, without fail.

Following her chemo regimen, Marla was declared cancer-free and she celebrated with a ski trip with Jon and their three daughters. As always, Marla held nothing back; she skied the most difficult trails and made the most daring leaps without hesitation. She wanted her girls to see her strong—and they did.

Then, in early 2011, Marla felt a small lump on her left clavicle and her oncologist confirmed what she and Jon feared most—her cancer never went into complete remission; it had advanced to stage IV metastatic disease.

Marla and Jon chose to tell only a few family members about her relapse. This did not include their three daughters, whom Marla wanted to thrive in their teenage years, unburdened in ignorance of her illness. Meanwhile, Marla’s oncologist warned Jon that he should start preparing for the worst.

One doctor who certainly did not underestimate Marla was Sara Tolaney, MD, MPH, director of clinical trials in Breast Oncology at Dana-Farber. Though treatment options for metastatic breast cancer are limited, Dana-Farber’s Early Drug Development Center, directed by Geoffrey Shapiro, MD, PhD, provided Marla access to the latest, most innovative therapies available. Marla and Jon transferred her treatment to Dana-Farber, agreeing that everything would be tried, but little would be shared beyond her small circle.

Marla and Tolaney had an instant connection that went beyond the typical doctor-patient relationship. “Marla absolutely adored her, respected her, listened to her, and trusted her without bounds,” recalled Jon. Tolaney guided Marla through more than seven clinical trials, more than most patients in the U.S. have an opportunity to participate in.

“Marla was a truly amazing individual who had so much resilience,” said Tolaney. “I feel very fortunate to have known her and care for her over that time. I learned so much from Marla over the years.”

Even when the trials didn’t work, and through painful complications, Marla maintained a sense of normalcy. She continued to run long distances, planned three bat mitzvahs, and supported her girls in their academic and sporting aspirations. She took the train to Boston for treatment under the guise of volunteerism and wore scarves to cover tumors protruding from her neck, never showing her pain, never asking, “Why me?”

Marla was proud that her participation in clinical trials would improve treatments for metastatic breast cancer. She channeled her desire to help other patients into work with the Breast Cancer Research Foundation, Sharsheret, and the Basser Center for BRCA. She and Jon established the Mehlman Family Research Fund at Dana-Farber to support the research of Tolaney and Shapiro, and Marla became a personal resource for women undergoing treatment, even as she faced uncertainty in her own.

In the fall of 2018, nearly 10 years after Marla’s initial diagnosis and seven years since her recurrence, Marla and Jon faced the reality that they were running out of options. At Thanksgiving, they shared with their girls the secret they had worked so hard to keep.

Just weeks later, an unanticipated complication put Marla in the hospital with the knowledge that she would not leave. Unable to eat or drink anything, Marla’s spirit did not dampen. She asked one of her daughters, “How many days were the Chilean miners underground without food and water?” When she heard the answer was 69, Marla responded, “Well I’m at seven, I guess I can go longer.”

When Marla entered hospice care, Tolaney called to check in. During this phone call, Jon saw his wife cry for only the second time since her diagnosis. After nearly 10 years of shared combat—Marla asked Tolaney, “How do I die?”

Marla first cried in front of Jon just months before at a Bruce Springsteen concert. When he played her favorite song, she stood in the crowd, sobbing, tapping her hand on her heart. Springsteen noticed and mirrored the gesture. The song was “Tougher Than the Rest,” and those who knew Marla know that she truly was.

Dana-Farber has received more than 225 gifts in memory of Marla, totaling more than $225,000. Her hope and courage live on through her family, friends, and those who continue to work, in her name, toward a world without breast cancer.