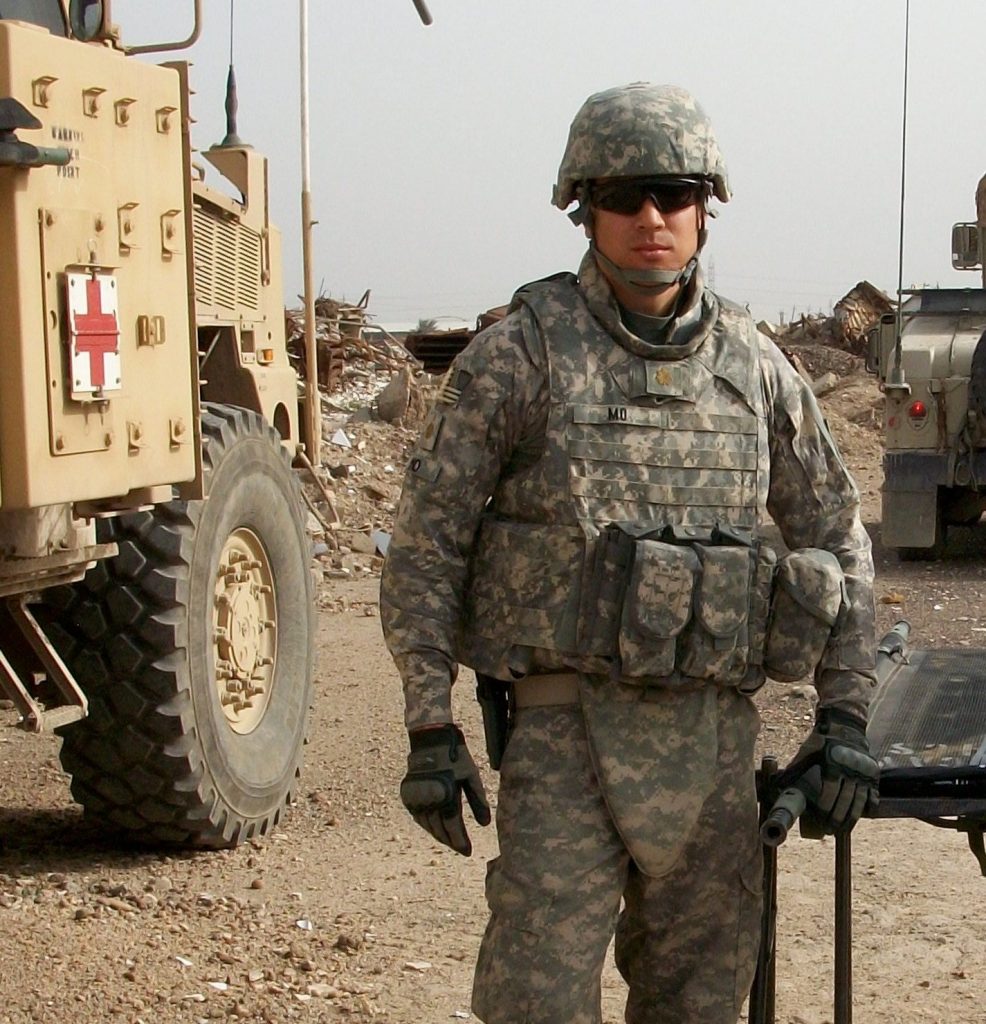 Clifton “Cliff” Mo, MD, didn’t follow the traditional route to Dana-Farber. The Institute’s new multiple myeloma physician and Director of autologous stem cell transplantation for multiple myeloma is a graduate of the United States Military Academy West Point, a veteran of the Iraq War, and a former Lieutenant Colonel. While he didn’t take the expressway to this destination, without hesitation, Mo says he’d do it all again.

“I’m not your typical story, but I wouldn’t change a thing,” explains Mo. “I’ve learned resilience through my experiences, and I believe that has served me well.”

His father’s journey fueled his growing desire to serve both his country as well as those in need. An officer in the South Korean Army, Suchoon came to the United States after the Korean War where he worked as an experimental psychologist. While Mo knew he wanted to enlist, he wasn’t sure which branch he would join. But when his older sister, Daisy, was accepted to West Point, the decision was clear: he too would be going to the United States Military Academy.

“I always felt a calling to help others. The military and the medical world have that in common,” adds Mo. “I was afraid I might need to put my medical career on hold to join the army, but I was one of the lucky ones.”

What Mo calls luck, many define as hard work. Each year, up to 2% (20 cadets) of the graduating class may enter medical school directly from West Point. To be considered, candidates must be endorsed by the school’s Medical Program Advisory Committee and be accepted into a medical school. Mo worked his way into this select company and elected to attend the Yale School of Medicine.

When it came time to pick a specialty, Mo again drew inspiration from his father, a melanoma survivor.

“Deep down I knew I wanted to be in oncology. It is one of the most fascinating and difficult sub-specialties of medicine,” says Mo.

After graduation, Mo completed his residency and fellowship in hematology-oncology at the Walter Reed National Military Medical Center. But before he could take his medical board examinations, Mo was called to active duty.

In 2010, Mo was deployed to Iraq where he served as a front-line medic for Operation New Dawn. Thrust into a military base in the heart of Baghdad, Mo treated soldiers who were wounded while carrying out operations in the city. It was during this time Mo gained a new perspective and learned what he was truly capable of.

“When you see the hardship and trauma our soldiers and the Iraqi people went through, it’s easier not let the small stuff get you down,” says Mo. “I discovered I was able to stay levelheaded about difficult situations at a much greater extent than I ever thought possible.”

After completing his post, Mo returned to the Walter Reed National Military Medical Center where he concluded a 15-year career as an active duty physician and officer in the United States Army. Fueled by a desire to not only care for patients, but to also improve cancer care, Mo left the military earlier this year to accept his current role at Dana-Farber’s Jerome Lipper Multiple Myeloma Center.

As Director of autologous stem cell transplantation for multiple myeloma, Mo says a portion of his work surrounds refining the transplant’s role for multiple myeloma patients. Mo and his team will design and run clinical trials to better define who truly needs a transplant, and who can be comfortably treated without it. The goal is part of Mo’s continued efforts to improve the standard of care and quality of life for his patients.

“As long as I can help as many people as possible, I know I will be very happy here,” says Mo.