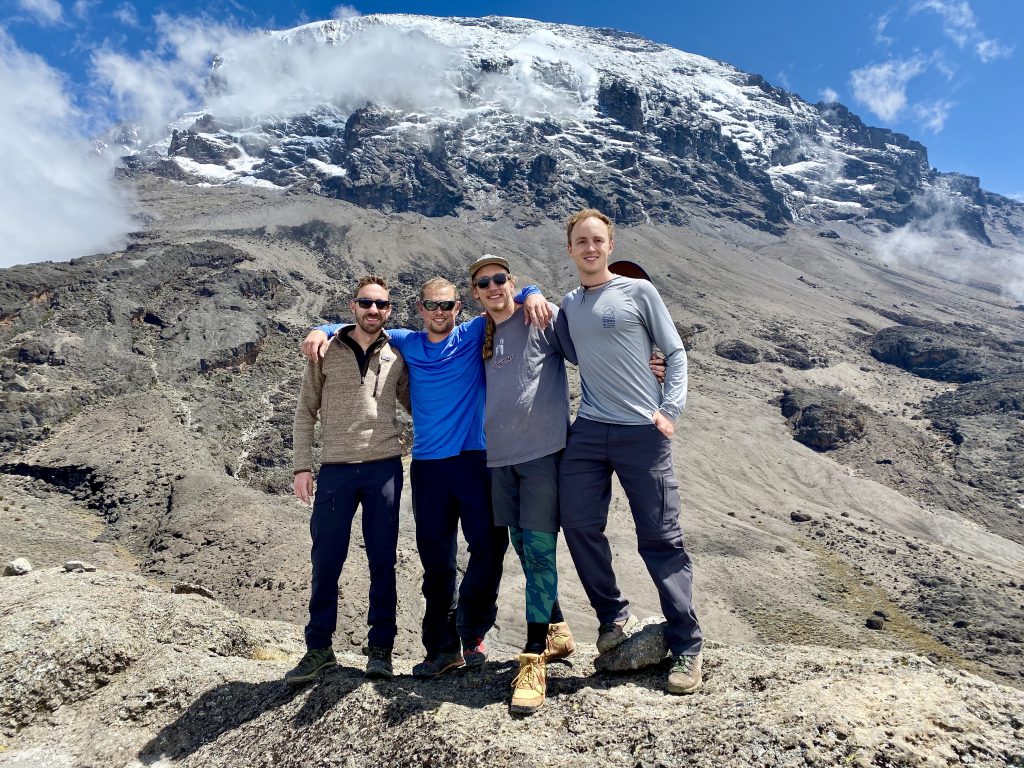 “My cancer diagnosis was a great opportunity,” says John Shumate. “You didn’t expect me to say that, did you?”

John was diagnosed with stage IV B Hodgkin lymphoma in May 2010. Since then, he has traveled the country seeking out the best treatments, the most innovative clinical trials, and the most knowledgeable researchers. Over the last 10 years, he has trekked from Kentucky to Texas, New York, Florida, and Massachusetts, and has been on 17 different treatment regimens—12 of which were clinical trials. John recalls, “It has become very clear to me that if I had stayed in Kentucky to get standard-of-care treatment, I would be dead.”

John came to Dana-Farber in early 2018 “for the smart people and cool treatments,” especially the extensive work of his now-physician Philippe Armand, MD, PhD, chief of the Division of Lymphoma and the Harold and Virginia Lash Endowed Chair in Lymphoma Research. As a native southerner, John wasn’t sure what to expect from a New England hospital, but was quickly impressed. “When you’re going through a rough patch, you need smart, enjoyable people to support you,” he says. “Dana-Farber people are the nicest people in the cancer treatment world—especially my chemo nurse, Chisom Ebele, and my nurse practitioner, Kate Stephans.”

After receiving two different treatments at Dana-Farber, John is finally getting some good news. “I had my first clean scan in February 2020 and another clean scan in August, so they’ll stop poking me with needles for a bit,” he says. “I didn’t think that was going to happen!”

Despite years of challenging treatments, John has not let his diagnosis hold him back. After consulting with Dr. Armand, he climbed Tanzania’s Mount Kilimanjaro, Africa’s highest peak, in November 2019. He is also training for a triathlon in early 2021 and has his sights on summiting Mount Denali in Alaska later next year.

John also applies his adventure-seeking spirit to his work. After years on the “boring” side of the finance world, John founded a boutique financial services group—from his hospital bed, no less—focused on empowering entrepreneurs, so that he could work with “cool people trying to change the world.” Venture First is now a 25-person company and works with hundreds of leading technology companies.

“It’s a shame to go through all of this nonsense of a cancer diagnosis and not get something out of it,” John says. “You have this excuse in life for a reset—a chance to stop, look around, think about life and what you want to do with it.”

For John, his “reset” has led him on a 10-year journey around the country, to becoming a Boston resident, changing the direction of his career, and—best of all—meeting his fiancée, Sarah Hammond.