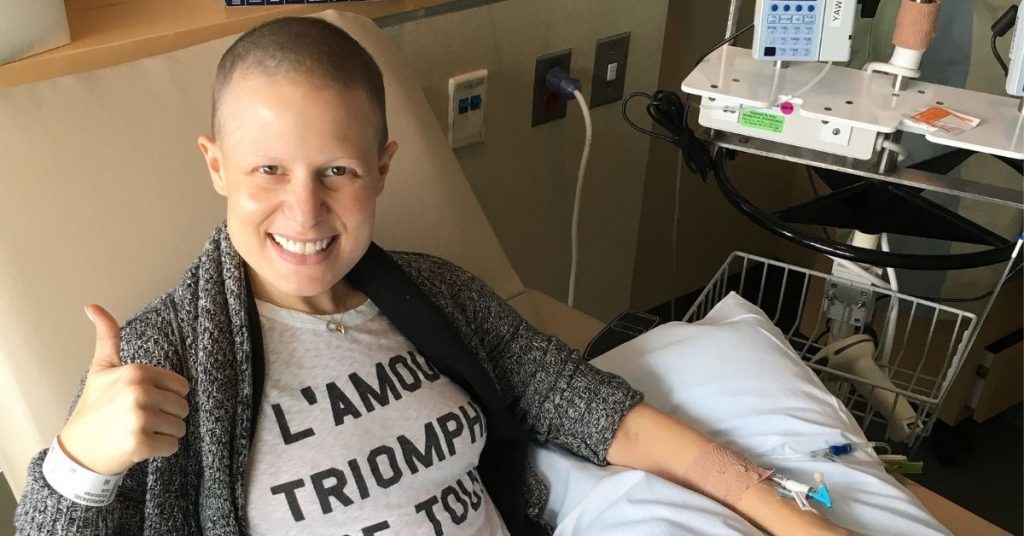 On October 5, 2015, my OBGYN called and told me I had cervical cancer. Surreal is the best way to describe that moment. I detached from reality and remember thinking that at 30 years old, this was the end of the road for me.

Sharing the news with husband, family, and friends were the worst moments of my life. I feared death, but the hardest part of the experience was inflicting pain on my loved ones. I felt guilt and shame.

While things felt bleak, after I met with an incredible oncology team at Dana-Farber Cancer Institute, I immediately felt confident in their abilities to cure me. I began radiation and chemotherapy, which was grueling. I felt nauseous and tired around the clock.

Unfortunately, a scan three months post-treatment showed that while the cancer was no longer in the original place, it spread to my paraaortic lymph nodes. My team jumped into action and I was in the operating room less than a week later. The surgery was a success. But I still had to go through more radiation and chemotherapy at another facility. It was amazing to watch the collaboration between both of my dedicated care teams; even though I was not at Dana-Farber physically, I was always their patient.

In October 2016, the cancer was finally gone. I had endured 55 rounds of radiation, 17 rounds of chemotherapy, and a surgery. I was so grateful to have had the access to treatments and doctors that cured me.

Surviving cancer is as surreal is being diagnosed with it. When you’re diagnosed, you never think you’re going to survive and it’s extremely traumatic for you and your loved ones. It took a lot of professional help to address the toll it took on my mental health, but I was alive. I was ok. I was lucky.

Once back on stable ground, I turned my pain into my power and aimed to raise awareness of this disease that claims the lives of over 4,000 U.S. women a year. I became an ambassador for several organizations that educate people about the disease and lobby for laws that will help prevent it from taking more people. There is such a stigma against HPV-related diseases like cervical cancer, even though eight out of 10 people will get HPV at some point in their lives, according to the American Cancer Society. The more we inform people, the closer we will get to removing the stigma and ultimately to eradication. We need to dramatically increase the rate at which children and teens receive the HPV vaccination, which is safe and effective. We also need to address the discrepancy between the outcomes for women of color and white women by increasing access to screenings and treatments for all, no matter who you are or where you live.

Unlike many cancers, cervical cancer is preventable. With the right amount of awareness and education through organizations like Dana-Farber and the Jimmy Fund, we can be the generation that ends it. January is Cervical Cancer Awareness Month. Take this month to schedule your next screening (and reach out to the women in your life to do the same), and educate yourself on this disease, HPV, and the vaccination. The power is in our hands, we just have to use it.