Carol Chaoui is extraordinary in so many ways. She’s pretty much a superhero. Her powers are vast and include taking care of her family, managing a non-profit foundation, running like the wind, co-directing a charity road race, and fighting her cancers. 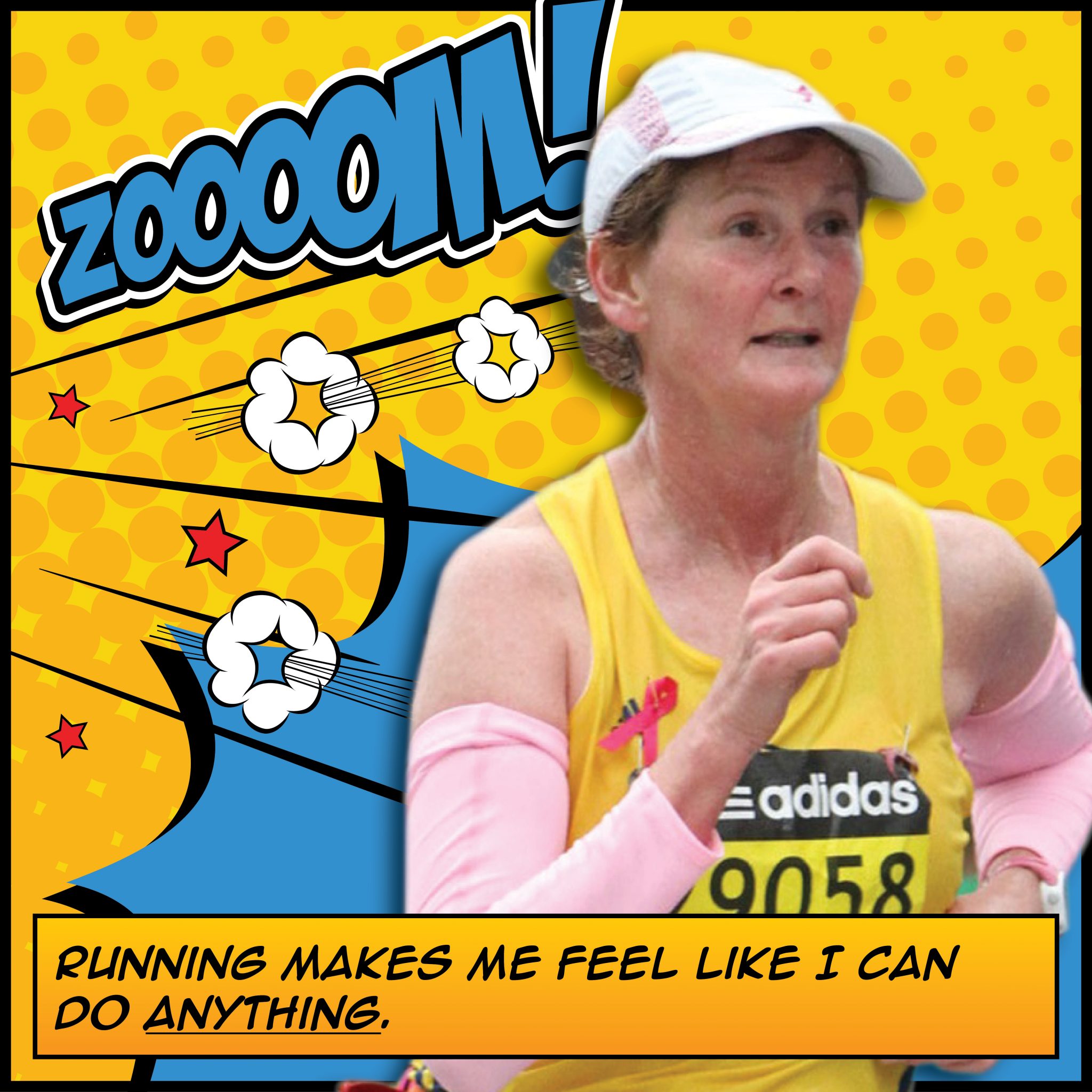 Carol Chaoui is a longtime runner. In fact, her first date with her husband, Amin, was a two-hour run in Switzerland. Running calms Carol and allows her to channel her thoughts and energy. It makes her feel in control. 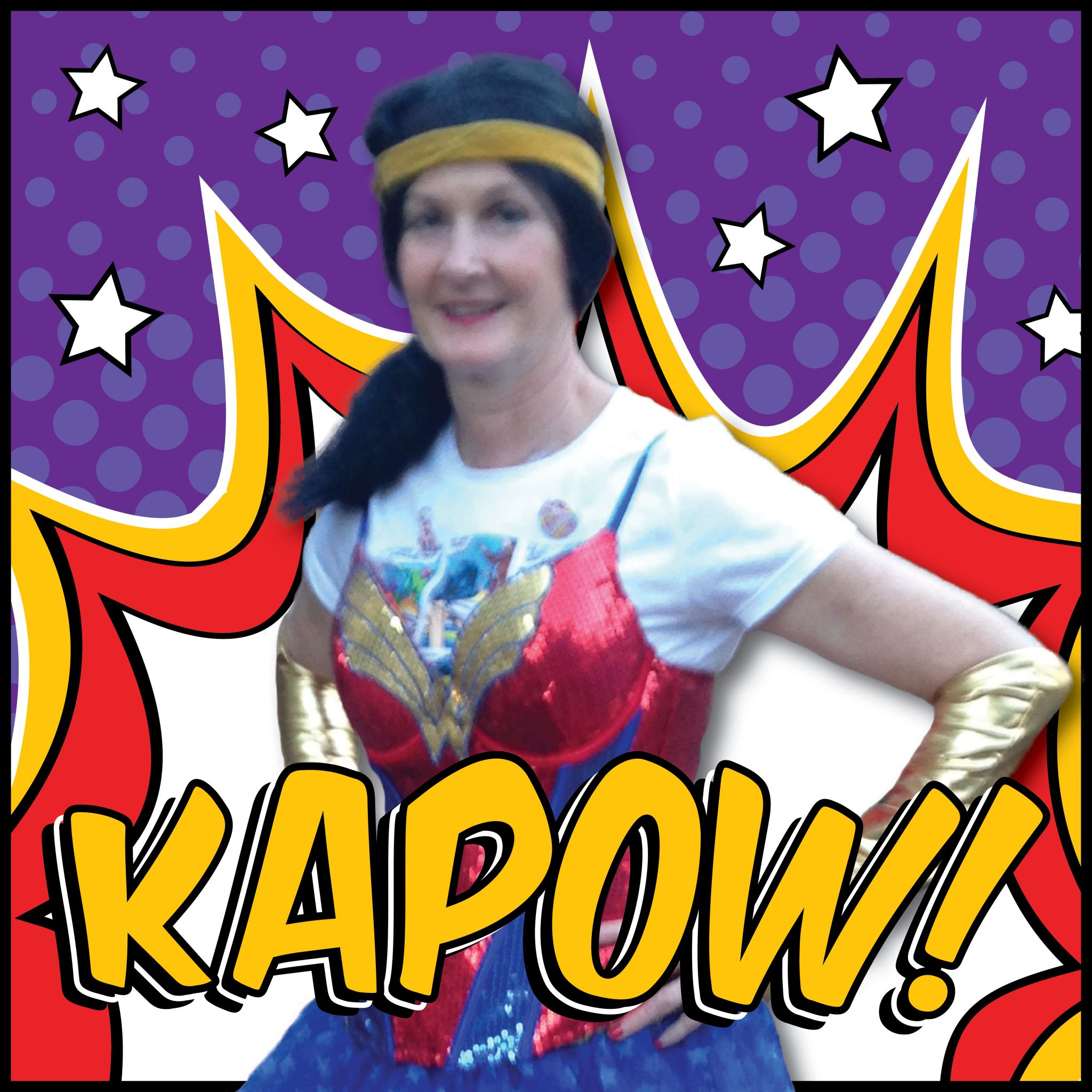 Carol’s oncologist, Dr. Eric Winer, helps to navigate her intensive metastatic breast cancer treatment plan. She also has a team of doctors that are treating her metastatic thyroid cancer. Everyone at Dana-Farber helps Carol to channel her inner superhero to approach treatment with determination, strength, and a bit of humor.

Through it all, Carol has kept running. Over the past six years, Carol has completed seven marathons, including four Boston Marathon® races. If only there were a way to bring together her love of running and the Dana-Farber mission… 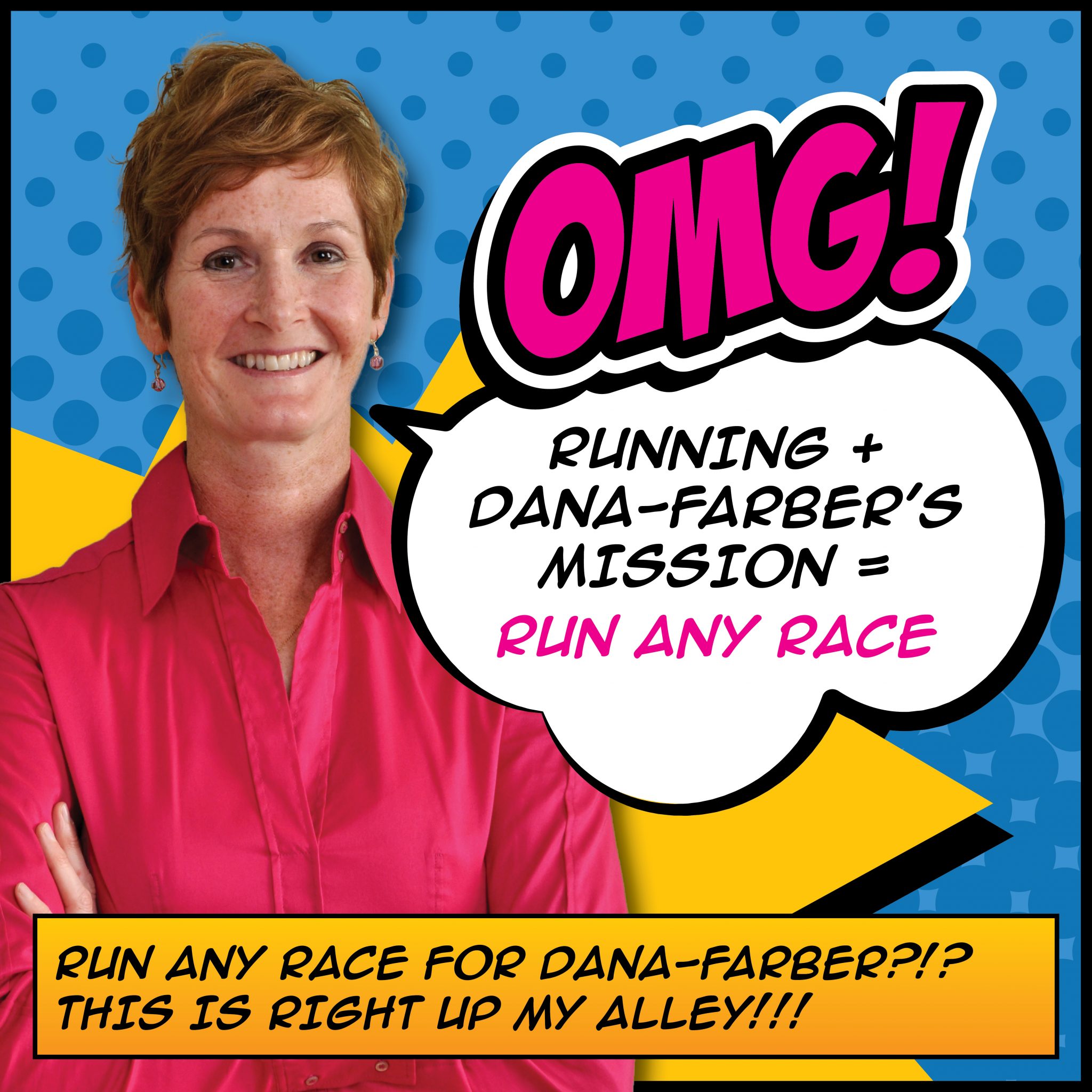 In the midst of treatment, Carol discovered Run Any Race presented by Saucony. Run Any Race grants runners the opportunity to choose any race, of any distance, anywhere in the world, and raise funds that benefit Dana-Farber and the Jimmy Fund. Carol realized that she could once again run her beloved Boston Marathon, and this time she would raise money to support her doctor’s research focusing on metastatic breast cancer. 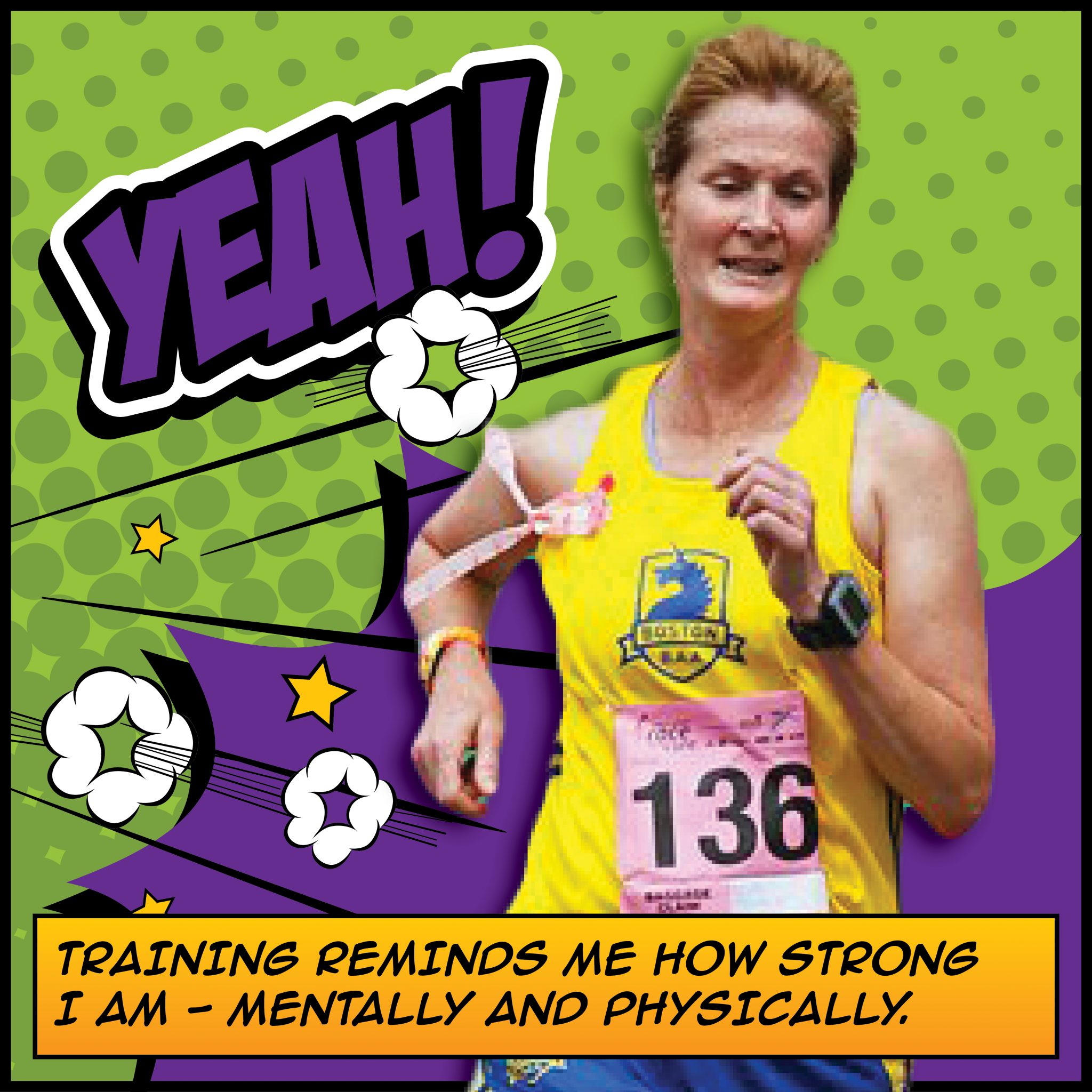 With clearance from Dr. Winer and an official race entry from the Boston Athletic Association, Carol has jumped back into her training for the Boston Marathon. She finds running therapeutic, and uses it as time to let everything go, simply listening to the sound of her feet hitting the pavement. 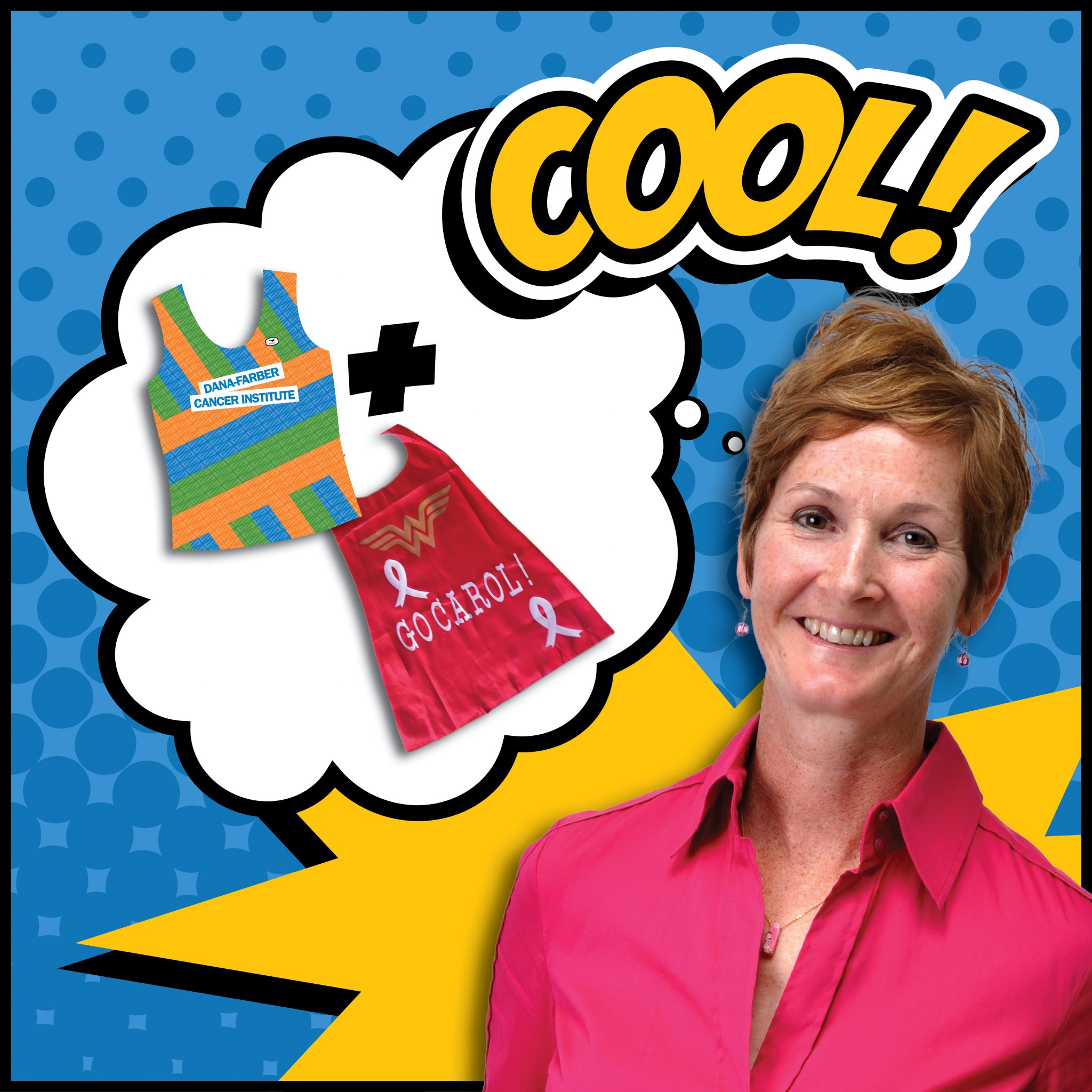 In true superhero fashion, Carol has sewn a red cape to the back of her Dana-Farber running jersey. On Marathon Monday, she will fly along the course. 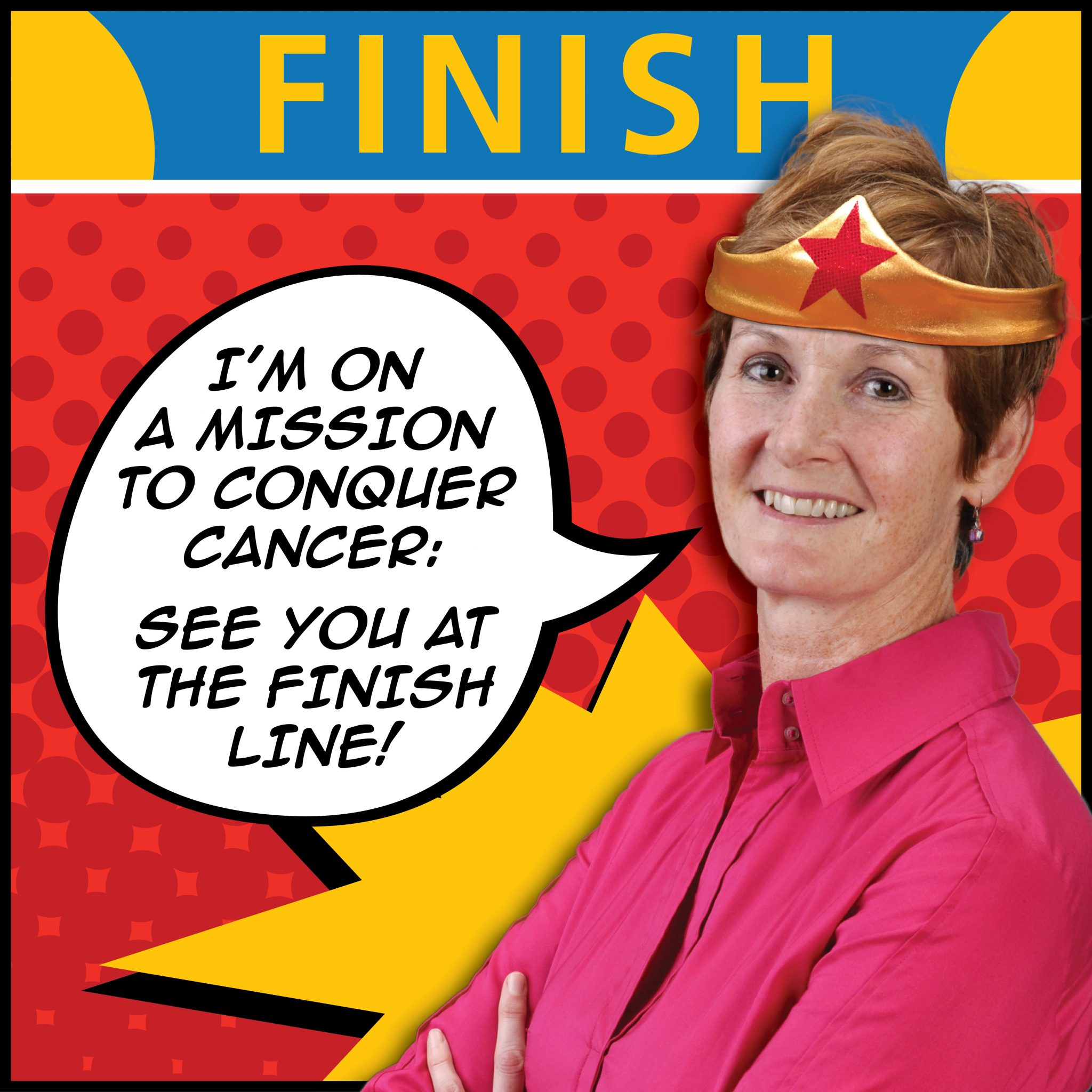 We’re honored to have Carol run for Dana-Farber. She’ll always be a superhero in our eyes.

Join Carol by signing up to be a part of Run Any Race presented Saucony and learn more about how you can harness your inner superhero and race toward the ultimate finish line: a world without cancer.