In 2002, Brittany Flaherty was 15 years old and midway through her freshman year at The Bromfield School in Harvard, Massachusetts. An avid basketball player, she thought her fatigue might be from the stress most 15-year-olds experience while balancing school, sports, and friends. When it wasn’t getting any better, Brittany went to her doctor’s office, where her nurse practitioner thought maybe there was something else going on. She was right, and Brittany was diagnosed with Burkitt leukemia on December 15 of that year.

Not far away, on January 8, 2003, Brittany Healy, also 15 years old, was diagnosed with stage 2B Hodgkins lymphoma after she had trouble keeping up with her teammates at basketball practice. She too noticed she felt more tired than usual.

The two girls, both originally from Lowell, Massachusetts, would become roommates during treatment, forging a bond like no other during the fight of their lives.

After initially meeting, the two friends were stunned to learn that they shared so much more than the same name: they were the same age, both born in Lowell, and loved to play basketball. “It was a huge source of comfort for both of us to know that someone else understood what we each were going through,” said Brittany Flaherty.

Once in remission, Brittany Flaherty only visited Dana-Farber’s Jimmy Fund Clinic for checkups each year. She and Brittany Healy soon lost track of each other as their busy lives as high school students took hold once more.

It was a normal Thursday last August when Brittany Flaherty found herself scrolling through her Facebook news feed, only to stop on a photo that brought her to tears.

“Flash forward 13 years, and I suddenly found myself looking at a Jimmy Fund Facebook post picturing Brittany Healy in the hospital as a girl going through treatment, right next to a photo of her as a woman in remission,” recalls Brittany. “We hadn’t kept in touch after treatment, so to see that Brittany was also doing so well and in her survivorship was so incredibly powerful for me.”

After Brittany Flaherty graduated from college and spent a year doing research as part of a Fulbright Scholarship, she moved back to Boston and decided to apply for a position working in Dana-Farber’s Division of Development and the Jimmy Fund. “The Jimmy Fund and Dana-Farber have always been so amazing to me and my family. Everyone, from parking attendants, to the front desk, to the nurses and physicians – were always so friendly, kind, positive, and supportive,” shares Brittany. “I’ve been working here now for nearly five years, which has been the most incredible chance to give back to an organization that means the world to me.”

Brittany Flaherty studied biology and writing in college and while she didn’t think a career directly in medicine was the right choice, she now blends both passions and works as a science writer. “It’s beyond rewarding and I’m inspired every day,” she says. “There are times when I think of myself more as an employee and less as a former patient. But every now and then a memory will come back to me.” They come in the most unexpected ways, such as a Facebook post.

“I reached out to Brittany after I saw the post on the Jimmy Fund’s Facebook, and we’re planning to get together as soon as possible to catch up,” Brittany Flaherty tells us. After getting in touch, the two friends and cancer survivors learned they had both recently become engaged, within two weeks of each other.

Some connections can never be broken. 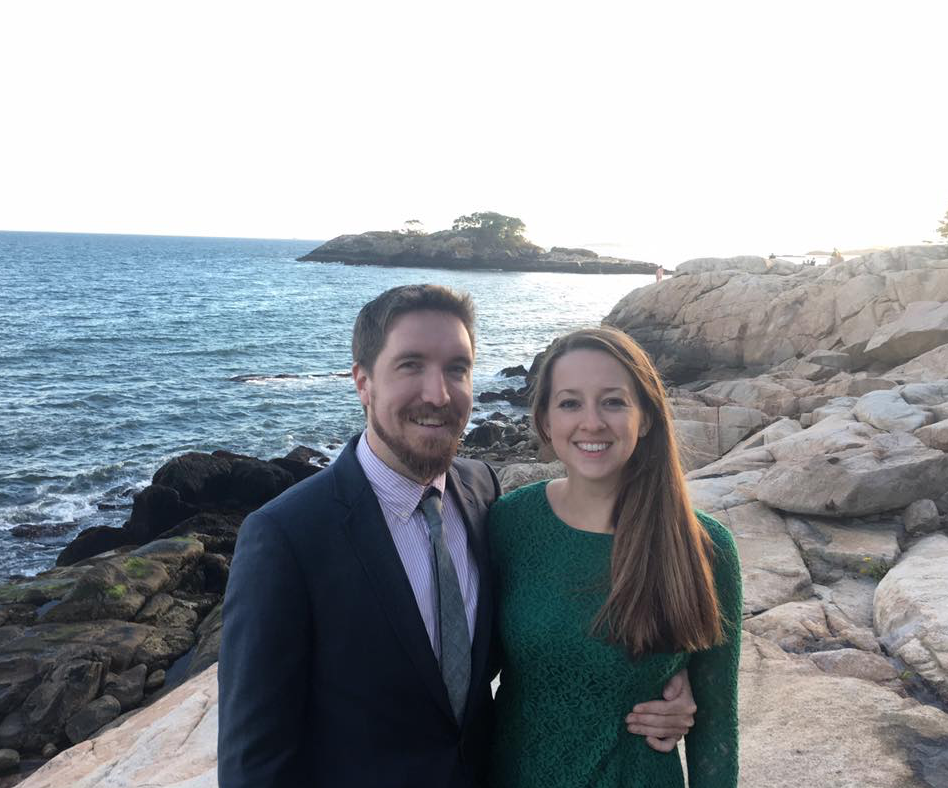