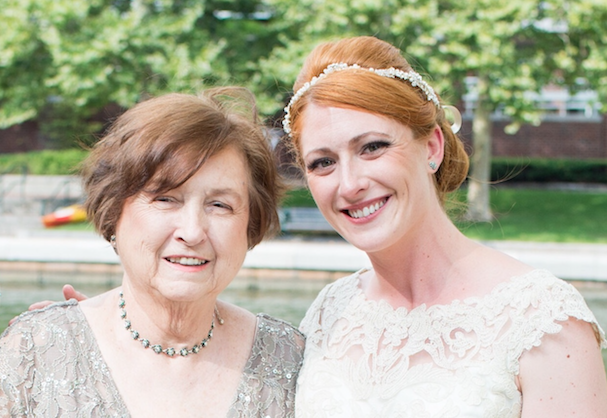 In each of these instances I felt helpless, not knowing how I could help or what I could do. I gave blood regularly and gave money to friends and family raising funds for cancer research, but it never felt like enough. So, in 2011 I decided to sign up for the Dana-Farber Marathon Challenge (DFMC).

DFMC raises money for the Claudia Adams Barr Program in Innovative Basic Cancer Research. In an era when federal funding for research is at an all-time low, the money raised for the Barr Program is crucial to finding new treatments and making new discoveries. This is something that I have learned first-hand, but more on that later.

Joining DFMC was like joining a warm, loving family. On every frigid and windy Saturday morning long run, I would get to know another runner and what brought them to DFMC. Some were running for friends, some for family, and some for themselves. The passion, strength, and modesty found in the community was overwhelming. DFMC is humanity in its greatest form—banding together for a common goal to cure cancer.

By the time Marathon Monday rolled around in April 2012, I was ready: the training and fundraising were going great. What I was not prepared for was the temperature: it was 88 degrees. After a hot run featuring far more walking than anticipated, I crossed the finish line and celebrated a successful race. I thought this was my contribution,  a one-and-done situation; but you know what they say about best laid plans.

You may know where this is going—I ran again in 2014 and 2017. Feeling confident after an incredibly successful fundraising year, I thought it may be time to hang up my sneakers for a few years. Then, I got a call.

Last July, my grandmother ended up in the emergency room after experiencing chest pains. X-rays showed a mass on her lung. A few days later it was confirmed—Grandma Mary Kaye had lung cancer.

The doctors seemed confident that if they removed the mass, she should not have to go through any further treatment. It sounded ideal: go in, remove the tumor, go back to living a normal life. Unfortunately, during the surgery, they found that her lungs were filled with fluid. Her diagnosis changed. She had stage IV lung cancer and they did not have many options for her. The prognosis was six months to a year. As I said, cancer sucks.

My grandmother lives 2,000 miles away. The distance has always been difficult and with her diagnosis it became almost unbearable. It was challenging to hear what she was going through and not be there to help. As a former Dana-Farber employee, I have written about research breakthroughs giving hope to patients and families in hopeless situations. In the blink of my eye, my family needed that hope. I needed that hope. I urged my grandmother to have genetic testing done. The doctors discovered that her cancer is caused by a mutation and there is a drug that targets it. The drug is called Tarceva. Something about the name seemed familiar, but I pushed that aside to let myself feel hope.

In October, I attended the DFMC 2017 check presentation. Before the amount we raised was announced, runners and their friends and family gathered to hear about what the money raised would support at Dana-Farber. It was during this meeting that it hit me. I had heard about Tarceva before, and it was in a setting like this. It came flooding back to me and I looked through an old DFMC impact statement when I got home:

Lung cancer claims more lives than any other cancer and is extremely difficult to treat. The Barr Program provided the initial funding in 2002 to Matthew Meyerson, MD, PhD, who discovered genetic abnormalities in certain lung cancer tumors. This discovery defined the patients who benefit from two drugs, Iressa and Tarceva, which have proven effective in treating the 15% of lung cancer patients whose tumors contain the specific mutations that were discovered from this Barr research. Today, these drugs are being used successfully with lung cancer patients across the world whose cancers were previously untreatable and have produced a 42% improvement in survival in those patients.

There it was, proof right before my eyes that DFMC dollars led to the discovery of the drug that my grandmother is on. I did not think I could have felt a stronger connection to DFMC or the mission than I did in that moment. I was raising money for a program that is saving lives every day.

It has been more than six months since my grandmother’s initial diagnosis and she is still here. Last month, her doctor gave her news we did not expect to hear: she is officially in remission.

Tarceva has saved her life.

My running and fundraising career is far from over. I will lace up again with DFMC. This year, though I won’t be crossing the starting line in Hopkinton, I will be on the course cheering on all 550 plus DFMC runners to thank them. DFMC gave me hope. DFMC saved my grandmother’s life.

Cancer sucks, but we will conquer it one step at a time. Runners, I’ll see you on April 16. 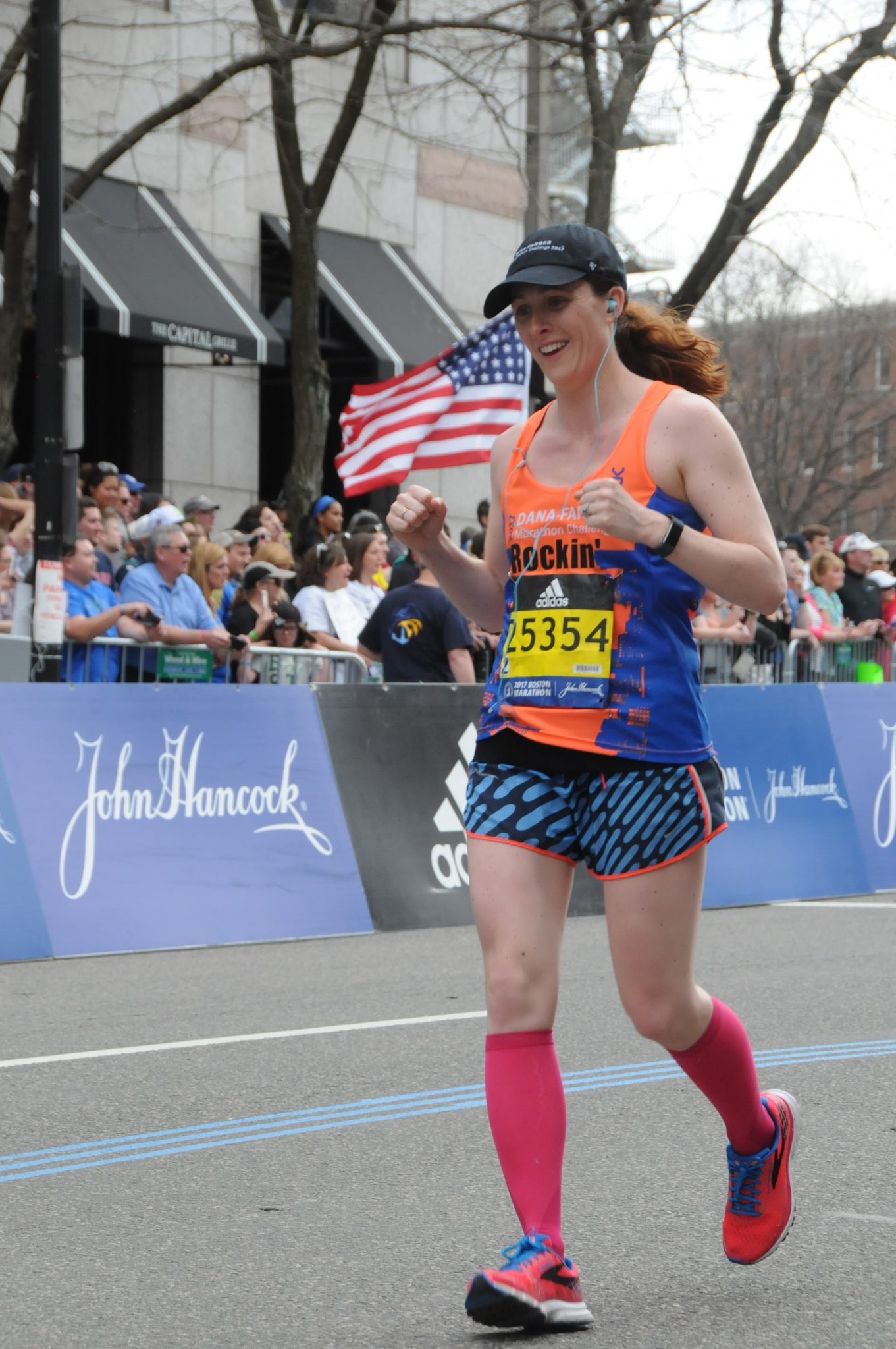