In the spring of 2017, while working as a speech-language pathologist, I had a home visit with a 2-year-old. The client’s mom and I got to chatting, and she opened up about her recent struggle with stage IV ovarian cancer.

I left their house and sat in my car for several minutes processing all she had shared. I was heartbroken for the family, but there was something else I was feeling: inexplicably compelled to visit my OB/GYN. I called my doctor from this family’s driveway.

At my appointment a few weeks later, I nervously responded to “What brings you in today?” with the only truth I knew: “I just have a feeling.” Luckily, my doctor took me seriously and immediately sent me to ultrasound. The result was the discovery of what was thought to be a benign dermoid cyst in my right ovary, a common and treatable condition requiring an operation a few weeks later. No rush. No worries. I traveled to California and New Hampshire to attend weddings, and scheduled the surgery for after my return.

I woke up from surgery in an empty wing of the hospital. My wife was there, one nurse, and my OB/GYN. They told me things didn’t go as expected; when they went to remove the cyst, they found cancer. I had just been accepted to a PhD program at Tufts, and I asked if I could still start it in the fall. They said they didn’t know.

The following week I was seen in the Susan F. Smith Center for Women’s Cancers at Dana-Farber. Seven days after that, I had a second surgery at Dana-Farber/Brigham and Women’s Cancer Center (DF/BWCC) to remove both ovaries and tubes. The doctors were hopeful that my tumors were “borderline” and that I would not require chemo. The final pathology would come 12 days later, on June 20, 2017: stage II ovarian cancer. Recommended treatment: six rounds of chemotherapy.

My wife and I canceled our already-long-delayed honeymoon. I wrapped up things at my job and went on disability, but I refused to give up on my dream of starting my PhD in September. The first time I left my house after the second surgery, I drove straight to the university bookstore and bought a Tufts sweatshirt. 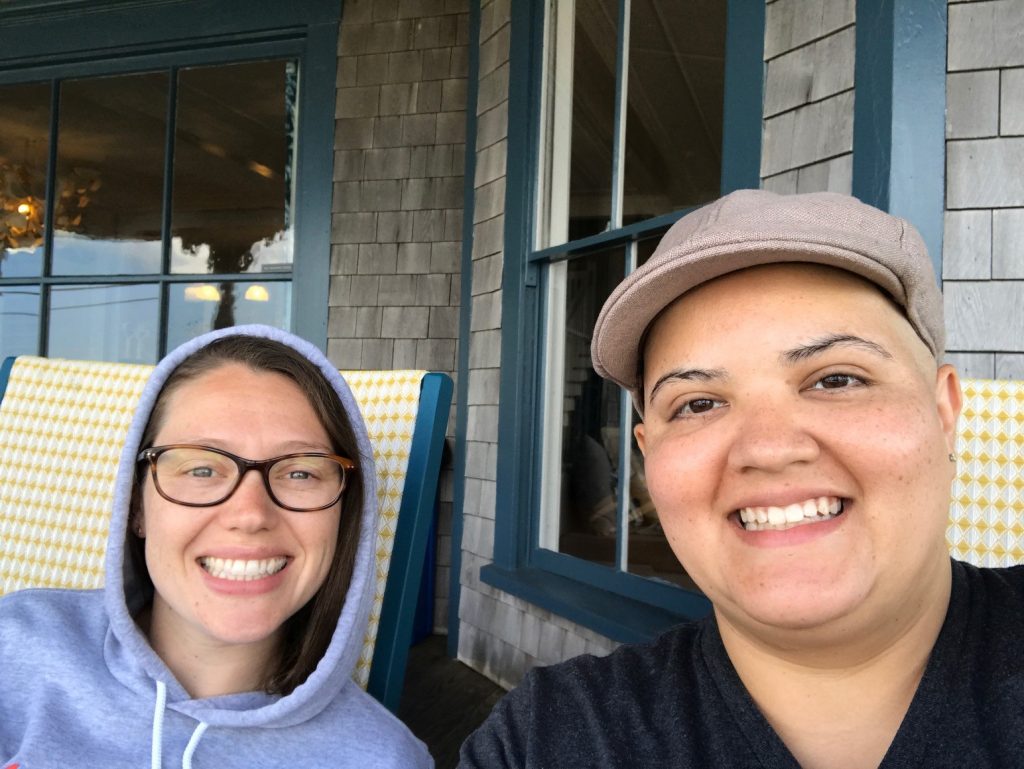 I had my first round of chemo on July 20. The following week, my colleague offered my wife and me her family’s house in New Hampshire for the weekend. We spent that Friday evening watching the opening ceremonies of the 2017 Pan-Mass Challenge (PMC) bike-a-thon; I was incredibly moved, and immediately took to social media with a dream: riding in the PMC the next year.

Weeks later I had an appointment at DF/BWCC. I was quite sick at this point, had started my PhD program against any rational advice, and was still hanging on to this idea of doing the 2018 PMC. In the hallway connecting Dana-Farber and Brigham and Women’s Hospital, I came across two inspiring poster exhibits about the bike-a-thon and read them with tears racing down my face. Right there in the hallway, so sick I could barely walk a flight of stairs, I looked at my wife and committed to ride the PMC’s two-day, 163-mile route.

I took the recommended three months post-chemotherapy to recover and rest. Since then, I have been preparing for this ride. There is nothing that motivates you quite like remembering the days you couldn’t shower independently or put your own socks on.

I PMC for every person who has shared those experiences, and their families. For every person I’ve seen in the hallways and elevators of Dana Farber since last June, showing up with their bravest faces to fight the most terrible and exhausting fight. For every friend and family member who walked in the Boston Marathon® Jimmy Fund Walk last September in my honor. For Dr. Ross Berkowitz, Dr. Ursula Matulonis, and nurse practitioner Catherine Earley, who truly made me feel like I was receiving the best care in the world. For that mother who so bravely shared her story with me, prompting me to receive early diagnosis of a disease that so often goes undetected. 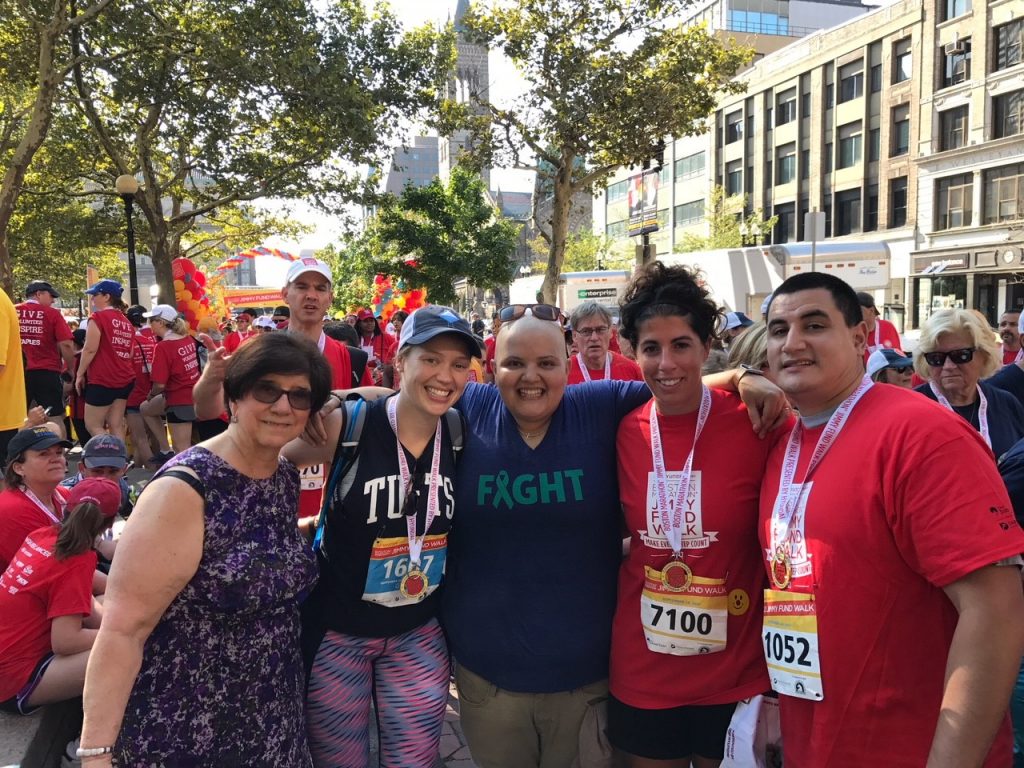 That’s not all. I PMC for my Facebook family, an oft-overlooked community that showered me with love and encouragement. For every survivor, and for the ones we’ve lost. For my wife, Grace, who has shown me love and patience and care and comfort like I never could have imagined. For my parents and my brothers. For my classmates at Tufts who never made me feel like I looked sick or my brain was fuzzy or it was annoying for them to switch seats so I wasn’t sitting next to someone with a cold.

And I PMC for myself, because even in those absolutely brutal chemotherapy days I knew that I was lucky and I could push through to the other side, to find a way to give back to the beautiful place and providers that led me back to my health.