May marks Bladder Cancer Awareness Month, the fourth most common cancer among American men. In recognition, we spoke with two bladder cancer patients at Dana-Farber Cancer Institutes to share their experiences and spread awareness. These are their stories. 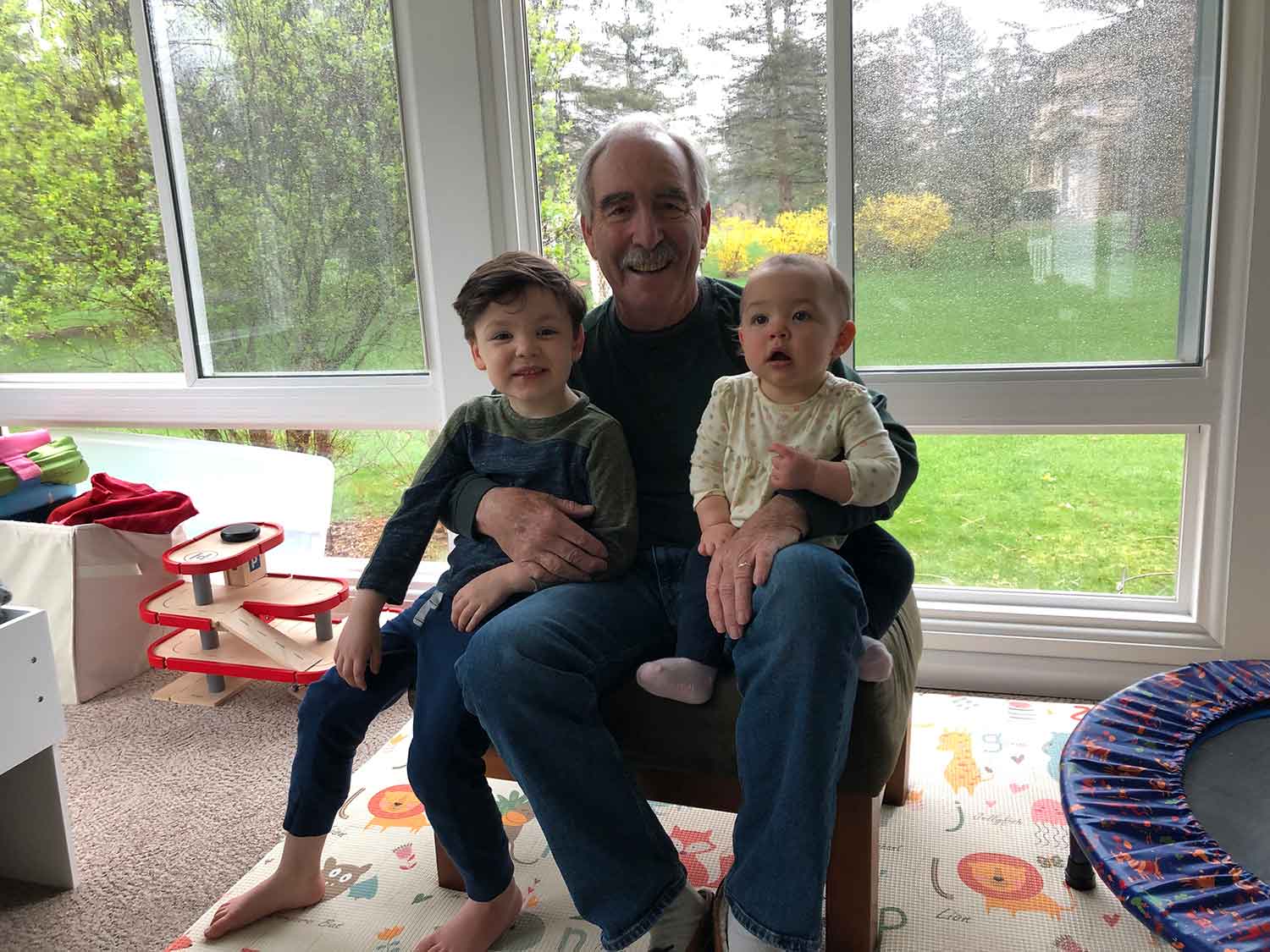 After a bout with prostate cancer in 2008 and several instances of skin cancer, Fred Guidi, now 73, was diagnosed with an aggressive form of bladder cancer in 2013. His initial Bacillus Calmette-Guerin (BCG) treatment—an immunotherapy delivered directly to the bladder via catheter—worked well for a few years, but eventually Fred needed his bladder removed, and in 2018, the cancer came back again and spread to a kidney and his lymph nodes. That’s when he started treatment with Guru Sonpavde, MD, director of Dana-Farber’s Bladder Cancer Program. Dr. Sonpavde started Fred on a chemotherapy combination in August 2018—12 infusions, three weeks on, one week off. After the first round of treatment, the cancer was gone. Fred stuck with the full course of treatment and since then, has not had a recurrence.

“Every time I have a scan and it comes out negative, it’s a sigh of relief,” Fred says. “You have to be grateful for the people who helped get you through it. I’m thankful for my family first and Dana-Farber second.”

Fred credits his wife, Janet, with helping him get through his treatments, sitting by his side through every infusion over the years. “My wife and I can’t be any tighter,” he says. “Sometimes people think we’re one person.” His daughter, Jessica, a physician, has also been a big advocate throughout his care.

When it comes to advice for others, Fred can’t recommend early detection enough. “I had physicians who were on the lookout and who considered my family history and my own history,” he says. “Chemo isn’t fun, nor is surgery or anything else, but don’t be afraid to take the treatments and go after the cancer as hard as you can. Early detection and aggressive treatment were keys to me defying cancer.” 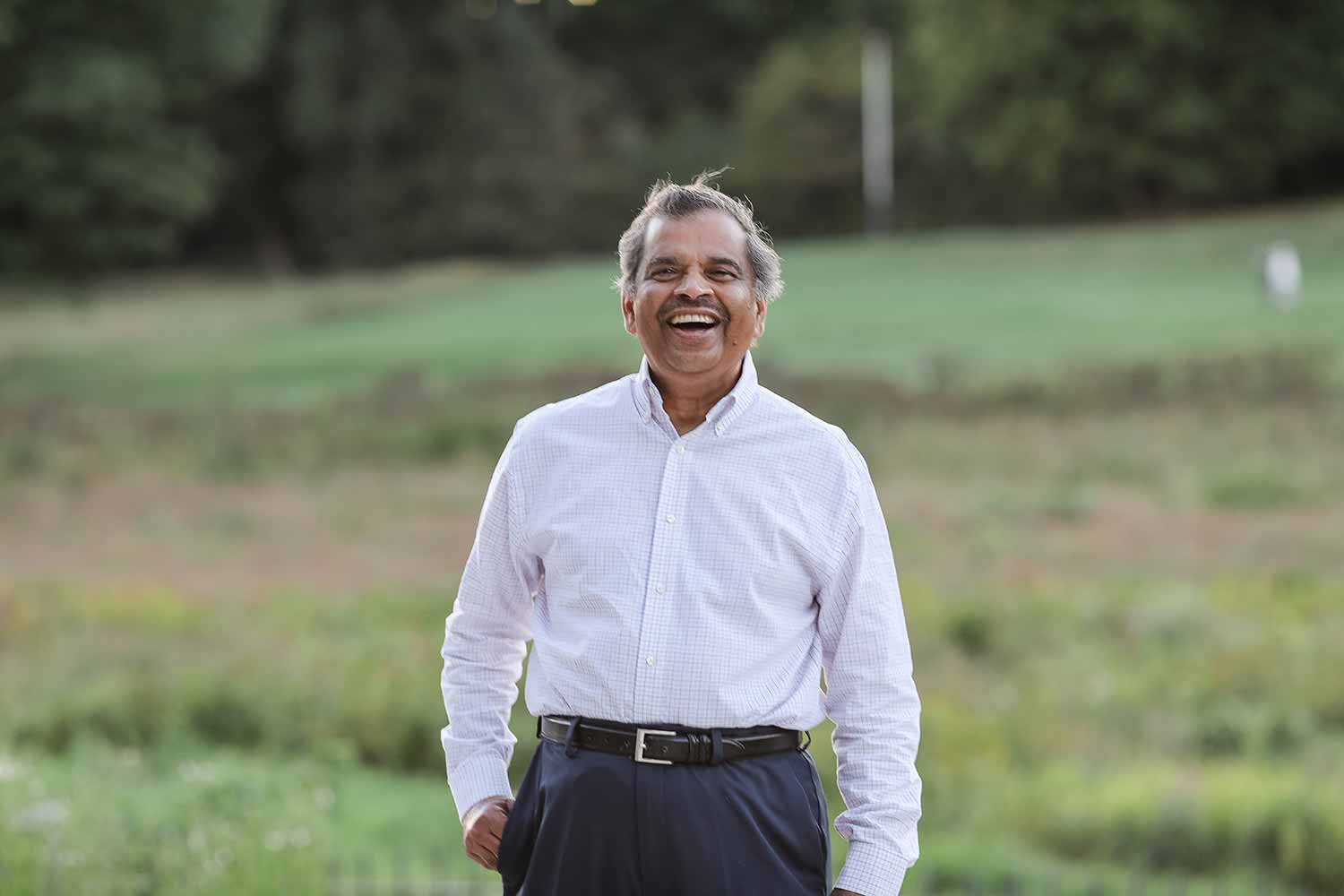 About five years ago, Ram Voruganti first noticed blood in his urine. Urine analysis revealed “atypical cells,” but no bladder cancer. His doctors recommended a watch-and-wait approach. Two years later, Ram again noticed blood and “atypical samples.” After a year and a half of monitoring, he requested complete bladder biopsy in January 2019, which revealed a bladder cancer diagnosis.

“The first time I heard it was cancer, I was pretty disturbed, even though I’m a pretty calm guy,” Ram recalls. “Since we had been monitoring for so long, we thought we caught it an early stage.”

Ram’s disease was found early and he soon started treatment, but after nine months, a CT scan showed his cancer had started to spread. His doctors recommended two possible treatment avenues, and Ram sought out a second opinion at Dana-Farber, with Dr. Sonpavde, to decide the right course.

“I found out that Dr. Sonpavde at Dana Farber is an expert in bladder cancer research and conducts clinical trials,” Ram says. “Even though Dana-Farber was farther away from me, I decided to go with Dr. Sonpavde for my treatment. Dana-Farber is pretty famous in the area, and if there are any new studies going on, I knew they would know and would take that into account in my care.”

Dr. Sonpavde recommended Pembrolizumab (Keytruda), an immunotherapy treatment to be administered first and then participate in clinical trials if Keytruda did not work. He began Keytruda in September 2020 and after four months, the treatment started working. Every six weeks since, he has been at Dana-Farber for treatment—with the exception of a four-month trip to Florida this past winter, during which Dr. Sonpavde coordinated treatment for Ram with an oncologist there. Here in Boston, Ram has appreciated having the option of moving his treatment to Dana-Farber’s new Chestnut Hill location in Newton, to save time on his commute.

Benefitting from a treatment that was only approved for bladder cancer in 2021, Ram recognizes how important research is when it comes to treating—and curing—cancers. “Not every hospital does what Dana-Farber does, when it comes not only to writing papers but to participating in trials,” he says. “And to do research, we need money. Fundraising through the Jimmy Fund is good because your donation may help someone you know in the future.”

Navigating a lung cancer diagnosis—with a little help from friends